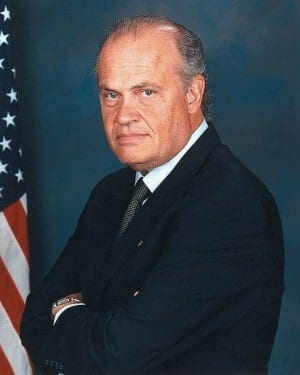 Fred Thompson is best known for his role on “Law & Order”

NewsCore reports that Thompson endorsed Gingrich on Monday, saying that he thinks he has the ability to defeat President Barack Obama in the election.

“Newt Gingrich is the guy who can articulate what America is all about,” Thompson said. “He can make the case for free markets and the basic case that lower taxes can be good for everybody.

Thompson himself embarked on a presidential campaign in the 2008 election.

Thompson is a former U.S. Senator, but is arguably best known for his recurring role on “Law & Order.”