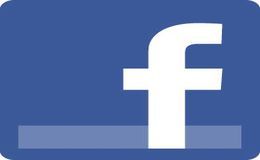 The proposed death of Facebook on Nov. 5, Guy Fawkes’ Day, by some members of computer hacking group Anonymous is now considered a hoax, CBC reports.

A video that surfaced on YouTube last month indicated that the “medium of communication you all so dearly adore will be destroyed” in response to Facebook’s supposed distribution of personal information to government agencies, The Irish Times said.

However, a Wednesday Tweet from an Anonymous Twitter handle denounced “Operation Facebook” and indicated that not all members of the group agreed with the procedure. “Medias of the world…stop lying!,” the post said. “#OpFacebook is just another fake! We don’t ‘kill’ the messenger. That’s not our style.”

The projected date of the event also caused speculation. ZD Net reported that there were 112 days between the video release and Nov. 5. However, Anonymous would rarely give more than a few days’ notice before an upcoming incident.

Anonymous was previously credited with attacks on several governments and law agencies as well as large companies, such as MasterCard and Visa.