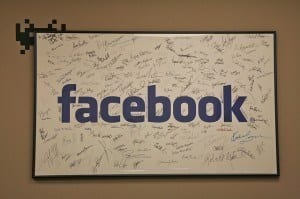 The applications are still available on the web.

Talk about offering apps through Facebook mobile surfaced several weeks back, but there was no set date for its opening.

Currently there are 600 social apps available in the App Center, including Sticher Radio, Draw Something and, every girl’s favorite, Pinterest.

However, not all Facebook users will have access to the App center immediately. The social media giant plans to implement the new marketplace in phases with the U.S. being the first to have access.

Facebook offering apps through their mobile applications is in direct competition with Apple’s App Store and Google’s marketplace. But, the unique idea behind Facebook’s new innovation is that when a user installs an application through Facebook.com, they will be asked if the app should also be sent to their mobile device.

“What we’re trying to do is bring people to social apps,” said Doug Purdy, a member of product development. “Our monetization, our revenue strategy for this doesn’t change one bit.”

The company has also added three new security features to their Facebook mobile application. Users will now see login approval codes, increased control over content that appears in their news feeds and the ability to recover their account if something happens.

Previously, users were only able to flag or hide comments in their news feed via Facebook.com. The introduction of these features to Facebook mobile only means a better user experience.

Though, all of this comes on the heels of Facebook’s IPO being grossly over priced and dropping drastically days after it first hit the market. Facebook’s stock value is now sits at $27.21, down from its original $38.00.