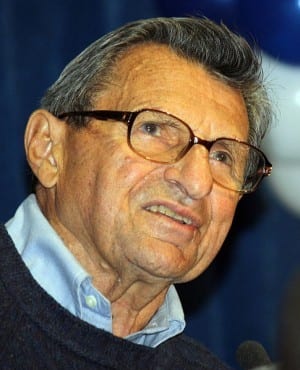 As emails from Joe Paterno are coming forward in response to the Jerry Sandusky sexual abuse scandal, many are questioning whether he was honest in the trials before his death.

Even without trying to speak ill of the dead, many analysts of the case are saying Joe Paterno is perhaps fortunate to have escaped his case.

However, Paterno’s claims are not adhering to emails he sent to Curley, in which Curley said, “After giving it more thought and talking it over with Joe … I am uncomfortable with what we agreed were the next steps.”

The emails passed along to CNN raise concerns over whether Joe Paterno was truthful during his trial.

Emails from February 26 to 28, 2001 between Paterno, Curley and former vice president Gary Shultz suggest they were trying to cover up the abuses.

Schultz suggests in the email to handle the situation in a “humane” way, which was to not contact the authorities. The emails never said Sandusky’s name specifically, but still referred to him as “the subject” or “the person,” while the victims were referred to as “guests.”

The first email was sent 16 days after Mike McQueary reported being upset from seeing Sandusky “doing something with a youngster” of “sexual nature.”