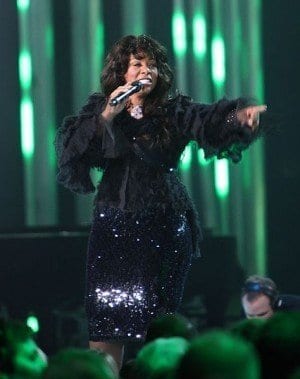 The disco legend died this morning

Donna Summer worked hard for the money and met her death at the age of 63 in Florida, while just in the midst of finishing an album. The singer died of cancer this morning and was keeping her illness from the public.

According to Us Weekly, Summer has three daughters; two named Brooklyn and Amanda, with her now husband Bruce Sudano. With her first husband, actor Helmuth Sommer, she had Mimi.

In a two cd-set exposition created by Plain Dealer Pop Music Critic John Soeder, he reports that Summer has been busy with raising her three children, two grandchildren and a garden. But he adds in the 2003 production, “she’s gearing up for a comeback.”

According to TMZ, the team, comprised of Summer and her producer, Giorgio Moroder, has been viewed as inspiration for acts like Duran and Duran and David Bowie, as Summer and Moroder brought about the music era of the 70s. The duo combined Summer’s unique vocals with Moroder’s electronic harmonies.

Summer tells Soeder, “Giorgio and I have chemistry,” adding, “We have a lovingly antagonistic relationship.”

Summer has been dubbed the Queen of Disco, having welcomed dance and electronic music into the industry. Such modern idols as Madonna, Beyoncé and Michael Jackson have also been moved by Summer’s influence.

Summer would say, “I’m a common person…God is the one who says, ‘Hey, you’re going to be more than this.’”

Her hits included, Hot Stuff, She Works Hard For The Money and Last Dance, to name a few. Summer has been nominated for Hall of Fame recognition on many accounts, however never having been inducted.