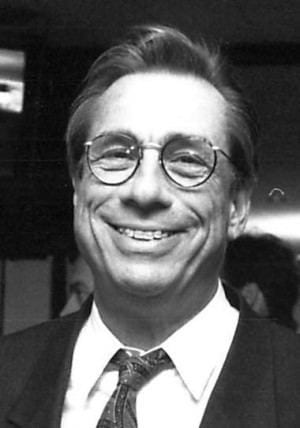 In a failed attempted to explain his actions, Donald Sterling ends up confirming what we all already knew. He’s racist.

Monday night saw a different kind of sporting event than the usual spectacle of grown men giving each other brain damage. CNN’s Anderson Cooper conducted an interview with the now infamous Clippers owner, Donald Sterling, in which he attempted to explain away his racist remarks, but instead just ended up making a complete fool out of himself.

There are plenty of noteworthy moments throughout the three-minute video, so let’s not waste any time on any unnecessary secondary clauses.

The video starts off with a rambling, whining, bullshit, feel-sorry-for-me tale from Sterling about how his granddaughter goes to a Catholic nursery, where unfortunately, she was… gasp! Denied candy! Yes, Donald Sterling, a grown man, sat in front of Anderson Cooper and sobbed on live TV because his granddaughter was denied candy at her nursery, which, “doesn’t give candy to racists.” Oh, boo fucking hoo, Donald. You make racist remarks, people call you racist, you act like your feelings are all hurt, and we’re supposed to feel sorry for you? PUH-lease bro.

Next, Sterling’s determination to bring further ruin to his already failed public image becomes readily apparent, after having posed the question to the openly-gay Anderson Cooper, “did you ever like a girl, and were you ever jealous of her a little bit if she was with other guys?” (because, naturally, jealousy is the seed from which racist remarks sprout). After Sterling attributed what he said to being jealous of his girlfriend, Cooper points out a certain flaw in his reasoning: “The thing is though, what you were saying wasn’t ‘I don’t want you seen with other guys’, you were saying ‘I don’t want you seen with black guys’.”

Not long after that, Cooper brings up a point that has been circulating around the media about Sterling’s alleged ‘plantation mentality’, which in the spirit of all closet racists, causes him to become highly defensive, and vehemently deny being racist nor having ever been a racist. He even accuses Anderson Cooper of being the one with the plantation mentality—which basically amounts to the whole, “I know you are but what am I,” playground tactic.

Sterling continues to ramble throughout the rest of the interview in the same pseudo-pitiable, “feel sorry for me” tone of voice. He accused Magic Johnson of “not giving back [like I do],” and, “not doing anything for black people.” He continues on to say, “Jews, when they get successful, they will help their people.”

Near the end of the interview Sterling hits us with one last sob story about how he, “thought [his girlfriend] cared for [him]” but, “she didn’t, otherwise she wouldn’t have released those tapes” all while sniffling and crying as if we’re supposed to give a shit.

The only suitable response to this Sarah Mclachlan-esque attempt at fishing for pity is our collective epic facepalm.