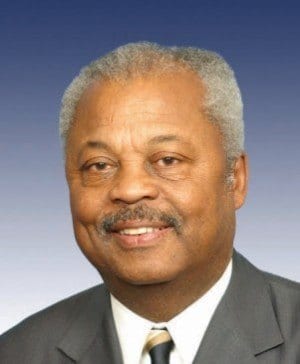 Remembered for his advocacy of Africa

Donald Payne, a U.S. Representative for New Jersey, died on Tuesday after a months-long battle with colon cancer. He was 77-years-old.

The first African American to represent New Jersey in Congress, Donald Payne was known for leading the fight to condemn genocide in Sudan, increasing the minimum wage and reducing the cost of government loans for college students- as well as championing education, civil rights and the improvement of conditions in Africa.

Donal Payne heavily influenced a resolution through Congress in 2004 that labeled the ongoing killing in Sudan as genocide, leading to sanctions against the north African nation’s government. He later wrote a plan to bring famine relief to the country, the Sudan Peace Act.

President Obama commented on the congressman’s death at a press conference on Tuesday, “I want to publicly express condolences to the family of Donald Payne … a wonderful man. Did great work, both domestically and internationally. He was a friend of mine. And so my heart goes out to his family and to his colleagues.”

Born in Newark, N.J., on July 16, 1934, Donald Payne lost his mother at age 7. He was raised by his father and grandmother. After graduating from Barringer High School in 1952, he went on to study at Seton Hall University and Springfield College.

In 1970, Payne became the first black president of the National Council of YMCAs. From 1973 to 198,1 he was Chairman of the World Y.M.C.A. Refugee and Rehabilitation Committee.

He is survived by three children, four grandchildren and one great-grandchild.