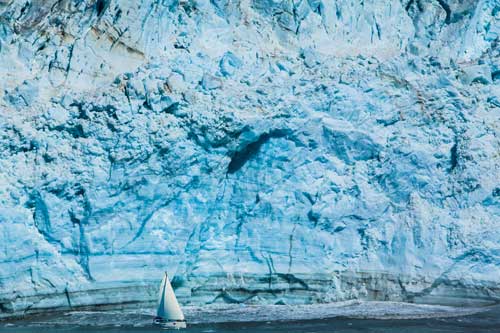 Leonardo DiCaprio is the executive producer of new documentary tackling global climate change issues, “Before the Flood” in association with the National Geographic. The highly acclaimed documentary aired globally on the National Geographic October 30. The documentary feature has been made available for free for a limited period of time and can be viewed via YouTube, Facebook and Hulu until November 6 (see beneath this article).

More than just the king of Hollywood, Leonardo DiCaprio is a United Nations Messenger of Peace. Having voiced his views publically, advocating positive change towards environmental and humanitarian issues, DiCaprio has devoted time and personal resources into tackling the issues that our planet faces.

“Clean air, water, and a livable climate are inalienable human rights. And solving this crisis is not a question of politics, it is a question of our own survival.”—Leonardo DiCaprio, 2014.

The 96 minute-long documentary follows Leonardo DiCaprio as he travels five continents in exploration of climate change around the world. Among these include exploring the issue of pollution in China, the climate change denial industry in America and sea-level rise in Florida.

You’ll also find interesting: Can Someone Tell the Redskins to Change their Name Already!

“Before the Flood” is a collaboration of some of the most respected minds in Hollywood. Besides DiCaprio, Martin Scorsese and Brett Ratner produce while veteran documentary writer, Mark Monroe, receives a writing credit. The powerful soundtrack is delivered by Trent Reznor Mogwai.

The documentary also features a conversation between DiCaprio and President Barack Obama, as they discuss climate change.

According to natureworldnews.com, “DiCaprio hopes his documentary will urge the public to actively join the fight against climate change as the consequences will affect every single human being on Earth in the long run.”

Climate change is a very real crisis happening so fast in our lifetime that we are watching its effects happen before our eyes. Leonardo DiCaprio’s documentary, “Before the Flood”, highlights exactly that.