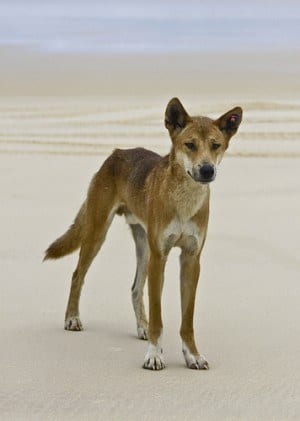 An Australian court has ruled that a dingo killed a baby girl that disappeared in the outback in 1980. The mother of the child served three years in prison after being convicted of murdering the child but, at last, she can breathe a sigh of relief. Though, many continue to doubt her innocence.

The case that inspired Merryl Streep’s 1988 role in the movie A Cry in the Dark and the infinitely quotable line from Seinfeld, “Maybe the dingo ate your baby,” can at last be considered close.

After 32 years, the mystery of Azaria Chamberlain’s disappearance is, at last, resolved. The nine-week-old infant disappeared from her parents’ tent at a campground near Ayers Rock in the Australian outback. Ayers Rock, the red monolith known world-wide as a symbol of the Australian wilderness, is now known by its Aboriginal name, Uluru. No remains of the infant were ever found, but her blood-soaked jumpsuit was found near the camp sight.

The first inquest into the infant’s disappearance occurred in 1981 and found the child was likely abducted by a dingo, a wild dog native to Australia. A second inquest a year later reversed the decision charging Azaria’s mother, Lindy Chamberlain-Creighton, with murder and her husband, Michael Chamberlain, with being an accessory after the fact. Chamberlain-Creighton was convicted and served more than three years in prison before that decision was reversed. A third inquest in 1995 failed to determine the infant’s cause of death.

Throughout the ordeal, Chamberlain-Creighton maintained that a dingo killed the baby. Now a coroner in the northern city of Darwin and a fourth inquest has concluded that, indeed, a dingo was responsible for the infant’s disappearance.

Not many in Australia at the time of the incident believed dingoes possessed the strength required to carry a child away. This led many across Australia to suspect the infant’s parents of foul play. A series of dingo-related attacks in recent years has caused many to reevaluate the dangers posed by the wild animals.

“We’re relieved and delighted to come to the end of this saga,” Chamberlain-Creighton told reporters outside the court with tears in her eyes.

“I celebrate the final triumph of truth, but I don’t celebrate her death and the two are so intertwined – I have no idea what I feel about that,” Chamberlain-Creighton told Nine Network in a painful interview.