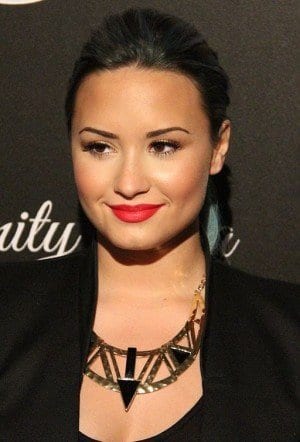 Demi Lovato has never been one to hide anything when it comes to her personal life and she certainly isn’t now.

The actress/songstress is on a mission to share her story with the world on what it means to be bipolar. While bipolar disorder is something many people feel ashamed of or feel the need to hide, Lovato isn’t afraid to speak out on it in public. In fact, she believes speaking about it openly will help others who are diagnosed with the disorder.

According to E! Online, Lovato recently took promoting her Clean and Clear Campaign as an opportunity to talk about the stigma surrounding bipolar disorder.

This isn’t the first time the singer has stepped out to talk about her personal battles. Lovato previously opened up about eating disorders and how they affected her life and her motivation to fight back.

Lovato made it clear that her level of success does not mean she does not face problems regularly because of her condition.

“It’s a part of who I am. And you know, whether this campaign is about people having mental illness or not having one at all, I think that everyone can relate. And that covers people who are suffering from mental illnesses or people who are just struggling,” she told E! Online. “It’s important to have people around you that are going to be there for support in times like that. I look up to a lot of people around me, my best friends, family,” she continued.

Despite her condition, Lovato doesn’t allow it to get to her career. She recently appeared at the VMAs in which her song, “Really Don’t Care” was nominated for Best Lyric Video.