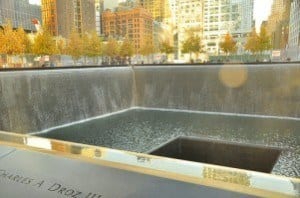 As of Monday, the Port Authority and the foundation that controls the National September 11 Memorial & Museum  are in agreement of the completion of the 9/11 museum. Previous debate over funding had prevented the museum from opening this month. According to Mayor Bloomberg, construction on the museum will begin at the end of the month.

Vice chairman of the Port Authority, Scott Rechler, said “It’s about, do we have the money now to finish where we are, and do we have a plan in place to ensure that the museum can be sustainable financially going forward.” It has been estimated that the annual cost of operating the memorial and museum is around $60 million. By comparison, Arlington National Cemetery is at $45 million while USS Arizona Memorial at Pearl Harbor costs around $3.4 million to run.

The 9/11 museum is being constructed to honor the attack’s nearly 3,000 victims. Bloomberg spoke to reporters saying “We’re going to build a museum that is really important to the families of the 9/11 victims and to all of those that contributed photos and mementos and trying to preserve the memories of those they loved that are no longer here.”

Many were upset with the postponed construction of the museum. In fact, hundreds of victims’ relatives wrote a letter to the Governors of New York and New Jersey referring to the standstill work saying it’s “a betrayal of those who died on 9/11.”

These victims’ words did not go unheard as there has been an end to the disputes. According to Bloomberg, “there will still be fundraising to do and the project will take as long as necessary to complete.”

Although the price of admission into the 9/11 museum has not been verified, the memorial president has suggested it could be around $20.