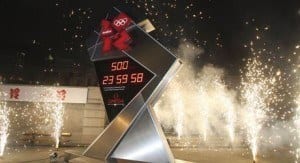 Going for her 13th medal

Dara Torres is on the road to making Olympic history and earning her 6th appearance at the Olympic games, also possibly making her the most decorated woman in the sport of swimming.

At the U.S. freestyle finals on Sunday, she qualified third in the 50-meter freestyle, exclaiming that she was “ecstatic” over the outcome.

“In ’08 [the Beijing Olympics] it was about winning medals. This time around it’s about making the team. My mindset and mentality has changed over the years. I appreciate it so much more now.’

Torres is currently tied with Jenny Thompson with twelve medals. Her first Olympic appearance was at the 1984 games in Los Angeles. She