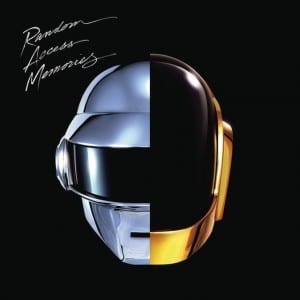 Daft Punk made fans wait eight years for a new studio album. Previews, leaks and teasers flooded the internet in anticipation these past few weeks. Yesterday iTunes released the ultimate preview: all 74 minutes of one of the most hyped-up albums in music history.

Fans can now stream the album, but they still have to wait another week to actually buy it. “Random Access Memories” isn’t being released until May 21. Only one single, “Get Lucky,” is currently available.

The new album comes as a welcome reprieve from Daft Punk’s past couple releases. Their last album, “Human After All,” was a lackluster experiment with improvisation. And their work for the “Tron: Legacy” soundtrack left critics question what they were thinking.

But “Random Access Memories” is receiving fairly mixed reviews. Most praise the duo’s new sound. The album moves away a bit from the electronic dance music that Daft Punk is known for. Instead, the Robots decided to mix electronic with live instruments and classic production methods.

Odds of a hit are stacked in Daft Punk’s favor. Producers of the album are some of the biggest names in music today, including Pharrell, Giorgio Moroder, and Nile Rogers. Rodgers’ has produced top albums like Madonna’s “Like a Virgin” and David Bowie’s “Let’s Dance.”

So the album promises a great deal, but does it deliver?

Some believe it mostly does. The sound is a bit of a return to the music that originally inspired the duo. The song “Touch” attempts to get fans to focus on the simple things that made them who they are.

The simplified sound won’t be for everyone. Especially if you’re part of the Electric Daisy Carnival crowd. “Modern” club beats are clearly absent from the album. And while the experimentation doesn’t fall completely flat, it also doesn’t live up to the hype that’s surrounded the release.

Billboard calls it a “messy album, filled with passages that can be trimmed and one or two too many plodding songs.” Rolling Stone agrees, but adds a positive note, “Verses approach the banal; old-school-production treacle is laid on thick, but the creative soul is palpable.”

Radio stations will undoubtedly be playing singles from Daft Punk’s past, as well as the current album for months. Ultimately, the fans will decide whether the departure from traditional electronic dance music is welcome. But after eight long years, “Random Access Memories” gives no reason not to dance

You should also read: The Rebel Heart Tour review