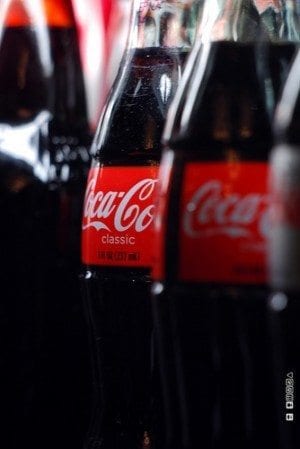 A Georgia man claims to have the formula

Cliff Kluge of Georgia claims to have “accidentally” come across one of the world’s most desirable recipes, that of Coca-Cola.

Over the years, this well-hidden formula has many people believing they, too, have discovered such recipe. But this time around, Kluge is so sure he’s discovered it, he’s placed it for sale on eBay. If anyone is interested in purchasing the recipe, you can find it on eBay, starting at a bid of $5 million and a Buy Now price of $15 million.

How did he discover the claimed formula, you ask? Kluge tells reporters that he and his wife, while at an estate sale, purchased a box of letters. One of the letters just so happened to be a cola recipe from 1943. He assumes it’s the real deal when comparing the formula to that of previous claims.

Coca-Cola doesn’t seem too concerned on the matter. They have stated, once again, this is just another attempt to recreate the sought-after recipe. They state the one and only recipe is locked in a vault in Atlanta at the company’s headquarters.

The Ringgold antiques dealer, Kluge, states, “You don’t stumble on things like this very often. It’s a letter, and a formula, and the processes to make it. I think it’s a little deeper than having fun; I think it’s the recipe for Coca-Cola.”

Ted Ryan, an archivist and historian at Coca-Cola, states, “This particular formula is one of dozens that have popped up over the years trying to emulate the flavor of Coca-Cola. What I can discern about the formula is that it’s a formula for a cola-type drink. I don’t think it’s Coca-Cola. It can’t be Coca-Cola.”

“It’s just excitement,” Kluge says. “It’s an Easter egg hunt, looking for eggs out there. And when you come up with something like this, it’s Christmas.”

The Georgia resident has made attempts to contact the company with his discovery, but has yet to hear back from Coke.