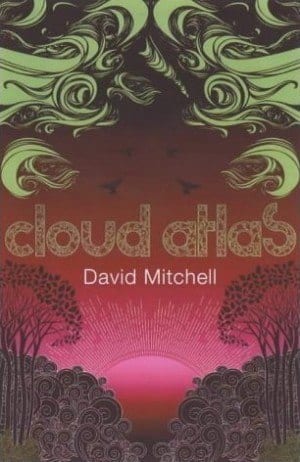 David Mitchell’s Cloud Atlas will be transformed to a possible blockbuster. The nearing six minute trailer was released on iTunes last night.

Cloud Atlas connects the past and present lives of its characters inhabiting different time periods. The trailer starts off with pianist writing to his friend about a half-written journal voyaging by sea to San Francisco in 1849. The trailer transitions to scene with Halle Berry pondering over a letter of a man’s inability to learn from his mistakes. Other scenes feature reincarnations of each character. Notable actors to be featured in the film are Tom Hanks, Korean actress Doona Bae and Hugh Grant.

The film is already being dubbed to have a possible Inception appeal. Matrix directors Lana and Wachowski and Run Lola Run German film-maker Tom Tykwer have collaborated to bring Mitchell’s “unfilmable” novel Cloud Atlas to the big screens. Mitchell gave his blessing to back the project to The Guardian last year.

“They aren’t attempting merely to film the book, which is why many adaptations come to grief – the novel’s already there, so why spend all that effort on an audiobook with visuals? Rather, the three directors have assembled Cloud Atlas and reassembled it in a form which – fingers crossed – will be a glorious, epic thing. The reincarnation motif in the book is just a hinted-at linking device, but the script gives it centre stage to link the six worlds with characters, causes and effects. A novel can’t do multi-role acting: a film can. The directors are playing to the strengths of their medium, just like I try to” said Mitchell.

The film makers promise a film that is “political, philosophical, with lots of action.”

Cloud Atlas is set to premiere at the Toronto International Film Festival in September and open up in U.S theaters October 26.