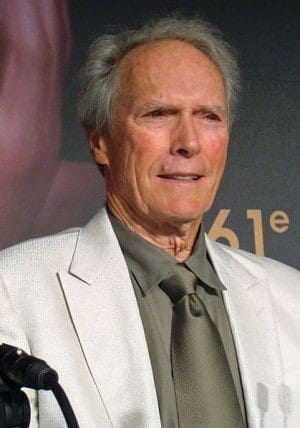 If you watched Clint Eastwood give his speech at the Republican National Convention last night, you were probably watching open-mouthed and disbelieving.

The 82-year-old actor delivered his speech in the form of a conversation with an empty chair, where a make-believe President Obama was sitting and vehemently rebutting Clint Eastwood’s critique of his presidency. “What do you mean, ‘shut up’?” Eastwood asked the empty chair at one point in the speech, as the invisible President Obama apparently interrupted him. “I’m not gonna shut up. It’s my turn.” The delivery had an air of Clint Eastwood playing his crotchety-old-man character from Gran Torino, and the crowd seemed to love it, with cheers and chants of “U-S-A!” resounding in the hall.

The 11-minute rambling speech, which was punctuated by more than a few long pauses and jabs at the Dems, set off enormous response on Twitter ranging from saddened to inspired to amused. Of note: Piers Morgan’s bemused “Just ordered extra beer … I think we all need one after Clint,” and Chris Rock’s mocking “Clint Eastwood on the phone with Obama now: ‘It all went according to plan, sir.’”

President Obama himself tweeted, “This seat’s taken,” with a picture of himself in a chair. A new twitter account, Invisible Obama (@InvisibleObama), already has more than 40,000 followers. Its listed location is “Stage left of Clint Eastwood.”

To close out the speech, Clint Eastwood pulled out his classic character from Dirty Harry. “I’m gonna start it and you finish it,” he told the wildly enthusiastic crowd. “Go ahead…” he started, and the crowd yelled, “Make my day.”

All bets are off as to how the Dems might spoof this particular stunt at their own convention next week in Charlotte, N.C. One thing is for sure: the buzz this morning is less about Mitt and all about Clint.