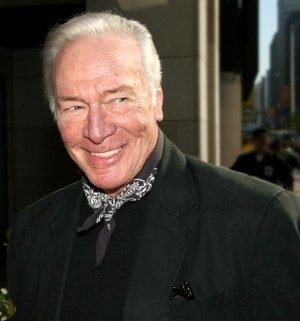 Christopher Plummer won his first Academy Award on Sunday after over 60 years in the business. He received his first Oscar nomination for Best Supporting Actor for “The Last Station,” in 2010 but lost to Christopher Waltz for “Inglorious Basterds.”

This year, the award for Best Supporting Actor went to Christopher Plummer for his performance as Hal in “Beginners,” in which he played an older man who comes out of the closet only after his wife dies. The Canadian won Best Supporting Actor at the Golden Globes and the BAFTAs for the same role.

At 82-years-old, Christopher Plummer is the oldest actor to win an Academy Award. As he accepted his award he said to the statue, “You’re only two years older than me, darling. Where have you been all my life?” To the audience, he proclaimed, “When I first emerged out of my mother’s womb, I was already rehearsing my Academy thank-you speech. But it was so long ago, mercifully for you I’ve already forgotten it.”

Despite having “forgotten” his speech, the actor remembered to acknowledge his fellow nominees, saying. “I’m so proud to be in your company,” before praising the director and his co-star, Ewan McGregor, “whom I would happily share this award with if I had any decency, but I don’t.” Last but far from least, he thanked “my long suffering wife, Elaine, who deserves the Nobel Peace Prize for coming to my rescue every day of my life.”

Backstage, Plummer acknowledged the recognition he’s received recently. “It’s sort of a renewal, it has recharged me,” he said. “I hope I can do it for another 10 years at least,” as reported by “Alt Film Guide.”

Christopher Plummer is perhaps most well known for his role opposite Julie Andrews as Captain von Trapp in “The Sound of Music,” 1956.