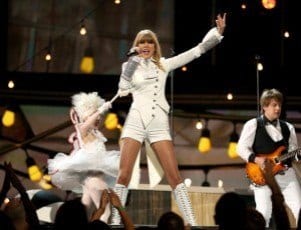 The cop killer is dead but still worth money

Christopher Dorner has been the target of the most expensive LAPD manhunt in the local history of the force.  The ex-marine was on the run after killing three people, including a police officer.  Christopher Dorner wrote a manifesto that explained his rampage as a vengeful spree, and the LAPD offered $1 million to a successful tip on his whereabouts.

In a shootout on February 12, Christopher Dorner ended his life and the subsequent all-consuming fire that enveloped his cabin burned most of his body.  Forensic experts had to use dental records to confirm that the fugitive was, indeed Christopher Dorner.  Now, pictures from the scene are for sale, but strangely enough, there don’t seem to be any takers.

Sellers showed up at TMZ’s door hawking pics of Christopher Dorner’s dismembered body—headless and generally limbless.  It’s probably easier to describe which parts of Christopher Dorner were not obliterated; eyeballs, chest area and genitalia.  The sellers of the photos remain unidentified, but they seem pretty adamant in getting some cash for their fleshy photos.  TMZ was apparently non-plussed; disgusted they turned the pictures away, and then shamelessly used the news for a scandalous blog post anyway.

So there you have it folks.  Christopher Dorner photos are out there for the acquiring to any of you sick Satanists out there, it’s only a matter of getting dressed up as a TMZ employee to get your sticky little fingers on the latest bloody baggage. Ugh. At least Riverside can rest assured that the cop-killer is definitely dead.