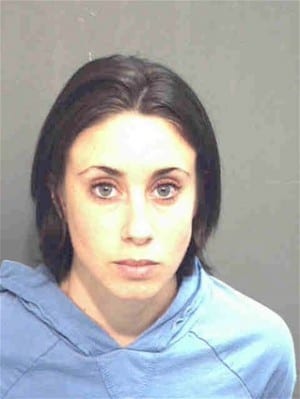 Not guilty verdict that shocked the world

Casey Anthony judge Belvin Perry is still in shock over the upsetting verdict that happened nearly two years ago. Casey Anthony notoriously stood trial in the death of daughter Caylee, 2, whose remains were found wrapped in a blanket and disposed of in a trash bag in an area nearby their family home.

Casey Anthony’s judge believed there was enough evidence to convict Anthony of first-degree murder, but her defense attorney created enough reasonable doubt and Casey Anthony was found not guilty.

Comparing defense attorney, Jose Baez, to a likeable salesperson, Perry noted, “The state had better lawyers. But Mr. Baez was very personable. And he came across as someone you would like. It’s like somebody trying to sell a used car. Who are you going to buy it from? The most likable salesperson.”

Casey Anthony’s judge also noted that Anthony had two different personas: a grieving mother in front of the jury, and a manipulative, controlling individual when jurors were not present, even screaming and cursing when offered a plea deal.

The media circus that ensued during the Casey Anthony trial erupted into chaos when the verdict was announced. Judge Belvin even double-checked the jury’s decision in disbelief before announcing it to the courtroom.

Although Judge Belvin stands by the judicial process and the upholding of justice in the Casey Anthony trial, he told reporters, “Well, justice has been served in that the jury has spoken. But justice will be served one day by the Judge of Judges. And she will have to deal with this and live with this the rest of her life.”