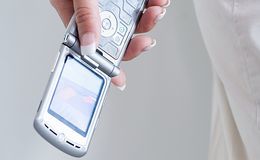 Rumors about the potential dangers of cell phone radiation have been circulating for years, and the World Health Organization confirmed the validity of these rumors when it announced Tuesday that radiation from cell phones can possibly cause cancer.

According to CNN, the WHO now lists mobile phone usage in the same “carcinogenic hazard” category as lead, engine exhaust and chloroform. A team of 31 scientists from 14 countries made this decision after analyzing peer-reviewed studies on cell phone safety. The team found enough evidence to categorize personal exposure to cell phone radiation as “possibly carcinogenic to humans.”

At this time, the WHO cannot determine if cell phone radiation does in fact cause cancer due to an insufficient number of long-term studies. However, there is enough data available that shows a possible connection between the two that the agency felt it necessary to alert consumers. Results from the largest international study on cell phones and cancer “showed that participants in the study who used cell phones for 10 years or more had doubled the rate of brain glioma, a type of tumor,” reported CNN.

The radiation that cell phones produce is non-ionizing, which means it is similar to the radiation from a microwave oven. Dr. Keith Black, the chairman of neurology at Cedars-Sinai Medical Center in Los Angeles, explained the potential effects of this type of radiation to CNN. “What microwave radiation does in most simplistic terms is similar to what happens to food in microwaves, essentially cooking the brain. So in addition to leading to a development of cancer and tumors, there could be a whole host of other effects like cognitive memory function, since the memory temporal lobes are where we hold our cell phones,” he said.

Many cell phone manufacturers, including Apple, already warn consumers to hold cell phones away from their bodies in order to limit exposure to radiation. “When using iPhone near your body for voice calls or for wireless data transmission over a cellular network, keep iPhone at least 15 mm (5/8 inch) away from the body,” reads the iPhone 4 safety manual. That being said, most cell phone companies continue to maintain that there is not enough evidence to conclude that using cell phones is a health risk.