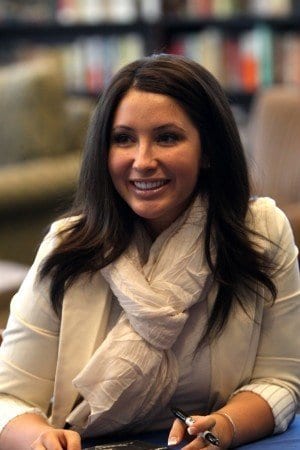 The young, single mom is being sued for defamation

Unlike Kim Kardashian, Snooki, and Mike ‘The Situation,’ Stephen Hanks is one person who is adamant about staying off the screen of reality television. Britsol Palin is being sued by Hanks for his quick, yet memorable, appearance on her Lifetime reality show, Bristol Palin: Life’s a Tripp.

Hanks was captured on camera yelling “your mother’s a whore” to Bristol Palin who was riding a mechanical-bull at a West Hollywood bar last September. After falling off the mechanical bull, Bristol Palin confronted Hanks, asking if he was “a homosexual.” The confrontation ended in Hanks telling Bristol Palin that he hopes her mother, former Alaska governor Sarah Palin, goes to hell.

Before Hanks realized he was going to make his debut to reality television with his obscene comments, he issued an apology saying: “I wish Bristol success with her television show, and much happiness in the future.”

According to lawyer Michael Gulden, Hanks was unaware that he was being filmed and was never asked to sign release forms to use the footage of him on television.

Bristol Palin is being sued by Hanks for unspecified damages, alleging defamation, invasion of right to privacy, intentional infliction of emotional distress and misappropriation of right of publicity.

“He felt this was the only way he could protect his rights,” the attorney added. Hanks was “simply a patron at the bar.”