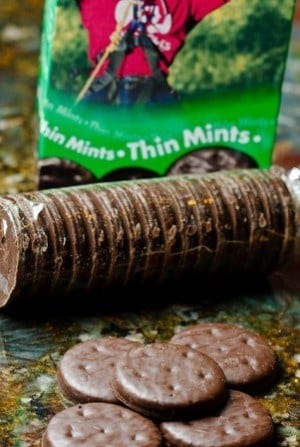 Young girl scout takes advantage of a natural phenomenon known as “the munchies.”

The munchies, a fierce pot-induced hunger, cannot be tamed unless you have lots and lots of delicious snacks around to put an end to it. Girl Scout Danielle Lei was trying to sell Girl Scout cookies and came up with the genius idea to tap into that audience when she put her Girl Scout cookie stand right outside of a medical marijuana clinic called Green Cross in San Francisco.

That was quite the business move since 13-year-old Danielle and her mother ended up selling a staggering 217 boxes of delectable Tag-A-Longs and Dulce de Leche.  While this may look like Danielle’s mother might have been condoning the use of marijuana, she insisted that she wasn’t.

“You put it in terms that they may understand,” Danielle’s mother, Carol explained. “I’m not condoning it, I’m not saying go in the streets and take marijuana. It also adds a little bit of a cool factor. I can be a cool parent for a little bit.”

The Girl Scouts of Northern California, the division that Lei is a part of, did not express concern for Lei’s choice to distribute in front of the medical marijuana clinic. “To date we have not attempted to list either ‘permitted’ or ‘prohibited’ locations and have relied on parents and volunteers to make wise decisions for their girls,” Dana Allen, the director of marketing and communications for the Northern California division said. “As always, we evaluate our policies and procedures at the end of each cookie sale and will consider whether further guidelines will be beneficial regarding booth site selection.

Mashable notes that Lei will be posting up in front of Green Cross again on February 22 from 4 p.m.-6 p.m. It wouldn’t surprise me if there turned out to be a line out of the door.