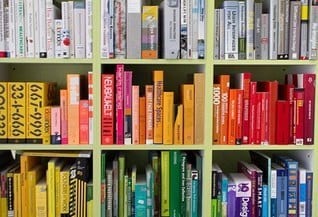 Here are books I wish I would have read in college

Here is a list of books college students should read. These are books that gave me great, helpful insights that might have been helpful to me in my college years. Unfortunately, most of them were not written until after I graduated.

An Underground Education by Richard Zacks  (2010). Zacks is a wiseass with the lurid stories behind what you’ve heard about in literature, history and other sacred disciplines. Dirty jokes in Shakespeare? The sordid original tale behind Sleeping Beauty? How did people empty their bowels and bladders indoors before the invention of toilets? What kind of underwear did women wear in earlier centuries? I can’t vouch for the guy’s accuracy, but at the least, you’ll never look at history quite the same way again!

Eats, Shoots and Leaves: The Zero Tolerance Approach to Punctuation by Lynn Truss (2003). There are two kinds of people: the ones who can see the rich potential for humor in discussions about grammar and punctuation, and the ones who cannot. I can only recommend this book for the former group. She’s the patron saint of punctuation nerds. “To some people, the fact that I am not married, or don’t have children, would be the reason I have written a book on punctuation.” I think she’s hilarious, but your mileage may vary.

How to Talk Dirty and Influence People by Lenny Bruce (1967). This is the autobiography of the famous “sick” comic from the 1950s and 60s. He lies through his teeth at every opportunity–about his drug use, his marriage, his family life and his career–yet paradoxically, this may be the most honest showbiz autobiography I’ve ever read, and the funniest. I don’t want to confer too much sainthood on Bruce; there was a point towards the end of his career when his act consisted of reading the transcripts from his (then) most recent obscenity busts onstage, which violates the only real requirement I have of stand-up comedians, and these are about the only videos of his live performances that survive on YouTube. But once, before he was “important,” he was brilliant.

On Writing: A Memoir of the Craft by Stephen King (2000). I sure wish I’d had this book when I was 15! The whole scary, intimidating task of writing fiction is demystified here by someone who credibly knows a thing or two about it. The first third of the book is his autobiographical background and the last third is about the utterly preventable accident that left him hospitalized and convalescing for years (He was out walking his dog and he got hit by a van, driven by a character as freakish as any in his novels). The middle third is useful, common sense advice about the task of writing stories. That’s the part you should focus on.

Parliament of Whores by PJ O’Rourke (1991). What does the US Government do? How did it get so big? Why does it cost so freakin’ much? The questions Alexis de Tocqueville probably meant to ask 200 years ago are addressed here (early 90s) with the appropriate level of awe and reverence (not much). O’Rourke made his name as a writer and editor for National Lampoon back in its glory days and as a columnist for Rolling Stone, Atlantic Monthly, The Weekly Standard and others. He’s written 18 books since leaving the Lampoon, many of which are compilations of his magazine articles. Around 1995, satire took a back seat to conservative polemics, but Parliament (1991) was the peak of his humorous period.

Where I Was From by Joan Didion (2003). People have strong feelings about California in a way that they don’t about, say, Delaware or Wyoming. Didion has spent much of her life there and this book collects essays about it. Her family came over with the Donner Party. Each wave of transplanted Easterners believes itself to be the only true Californians, but they are kidding themselves. High points in this collection include “Trouble in Lakewood” (a penetrating look at the home of the infamous “Spur Posse” and their community’s Depression and wartime roots) and a chapter on the history of California water mismanagement, a prescient look at the current drought crisis there.

You will also like: Stand out from other job seekers: Become a volunteer!