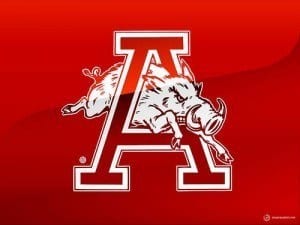 Bobby Petrino, head football coach for the Arkansas Razorbacks, was put on paid administrative leave on Thursday.  Bobby Petrino failed to disclose the information that he had a female passenger, 25-year-old former Arkansas volleyball player and current football program employee Jessica Dorrell, when his motorcycle skidded off the road over the weekend. 51-year-old Petrino claims he didn’t disclose this information in order to protect his family and keep an “inappropriate relationship from becoming public.”

Bobby Petrino, during a news conference on Tuesday, did not say he had a passenger and a school statement quoted the Petrino family as confirming that information. Bobby Petrino claims he had spent the night with his wife at a lake and had decided to go out on an evening ride.

Athletic director Jeff Long, Petrino’s boss, only heard about Dorrell minutes before the police report, which disclosed her presence, was released. Seven hours later, the decision to put Bobby Petrino on paid leave was made.

“I’m at the beginning of the review. I don’t know what I’m going to find,” Jeff Long said in response to questions of suspension. “I am disappointed that coach Petrino did not share with me, when he had the opportunity to, the full extent of the accident and who was involved.” Long continued, “I hope to have a resolution soon.”

Bobby Petrino, who is suffering from four broken ribs and a cracked neck vertebra, made a statement on Thursday, “I have been in constant pain, medicated and the circumstances involving the wreck have come out in bits and pieces. That said I certainly had a concern about Jessica Dorrell’s name being revealed,” Bobby Patrino said. “In hindsight, I showed a serious mistake in judgment when I chose not to be more specific about those details. Today, I’ve acknowledged this previous inappropriate relationship with my family and those within the athletic department administration.”

Bobby Patrino continued, “I will fully cooperate with the university throughout this process and my hope is to repair my relationship with my family, my athletic director, the Razorback Nation and remain the head coach of the Razorbacks.”