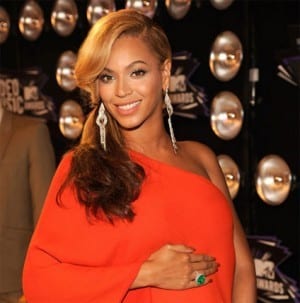 People reports that Blue Ivy was born on Saturday. Although it was a joyous event for her parents and family, Blue Ivy’s birth has already caused some inconveniences for other new parents.

The New York Post reports that Beyonce and Jay Z rented out the entire fourth floor of Lenox Hill Hospital in anticipation of Blue Ivy’s birth. Although the move was an attempt to keep their privacy, it also put new and expecting parents on “lockdown,” and even forced them out of the Neonatal Intensive Care Unit.

“They locked us into the NICU and would say, ‘You can’t come out to the hallway for the next 20 minutes.’ When I finally was able to go back out, I went to the waiting room and they’d ushered my family downstairs!” new dad Neil Coulon said. Coulon’s premature, newborn twins were being kept in the ICU.

Also causing some buzz is Blue Ivy’s name. Sources report that the name holds personal meaning for the couple. ‘Blue’ reportedly refers to Jay Z’s albums entitled “Blueprint,” while ‘Ivy’ is a play on the Roman numeral IV, or four. The number four is reportedly significant to the couple. It’s Beyonce’s favorite number, they were each born on the fourth day of the month and married on the fourth of April. They even have matching IV tattoos.

Since news of Blue Ivy’s birth broke, fans and celebs alike have been sending their well wishes. Rihanna even tweeted, “Welcome to the world princess Carter! Love Aunty Rih.”