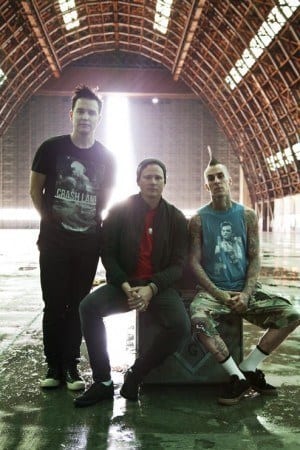 Pop punk veterans Blink-182 continue their comeback with a brand new video for “After Midnight,” the second single from their new album, “Neighborhoods.” The video was directed by Issac Rentz (Cage The Elephant, Motion City Soundtrack), who also worked on their previous video for “Up All Night”). According to Mark Hoppus, “the concept [of the video] is troubled love found in a psych ward.” Stay tuned for an exclusive Behind The Scenes look at the making of the video premiering tomorrow on AOL Music.

For more information on Blink-182, make sure to check out their official site, www.blink182.com, as well as their Facebook and Twitter pages. Blink’s new album, Neighborhoods, is available now on iTunes and in stores everywhere now.

Check out the video below!