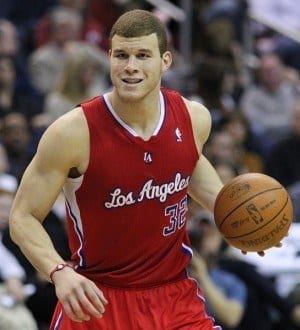 Last Night, Blake Griffin proved his worth to the Los Angeles Clippers with a massive slam dunk over Oklahoma City’s center Kendrick Perkins.

Griffin, late in the third quarter, barreled through the open lane and made a play that drove the crowd at the Staples Center and the rest of his teammates into an uproar. Griffin drove to the net with such ferocity that Thunder’s 6’ 10” center looked as if he had just plowed head first into a brick wall.

Immediately following Griffins monstrous play, fellow teammate and Clipper center DeAndre Jordan hugged Griffin in speechless awe. “I was shocked. I didn’t know what to do, so I just grabbed him. … I feel like I dunked it,” Jordan said as reported by the LA Times.

“That’s one of the most amazing things I’ve ever seen,” Clippers guard Chris Paul boasted.

The only player who wasn’t too impressed by Griffin’s performance was Perkins, saying, “At the end of the day, if you’re a shot-blocker you’re going to get dunked on. It was a great play he made. Obviously, I wish I wasn’t in it.”