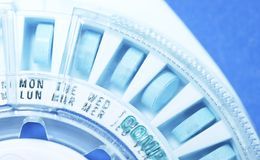 Great news for women who use the Pill — the U.S. Department of Health and Human Services has announced that, under new guidelines for women’s health care will go into effect next August, birth control will be free to insured women.

As ABC News reports, this specifically pertains to women with private insurance plans. Once the guidelines go into effect, birth control, breast exams and emergency contraception will all be covered by insurance without requiring women to pay a co-pay or deductible. These guidelines redefine preventive care and services so that they cover an array of women’s health services, making them more accessible and affordable.

“We know that half of women, according to studies, forego or delay preventive care because they can’t afford it and under the affordable care act that all changes,” Stephanie Cutter, a White House adviser told ABC.

This, of course, is a move that has been attacked by conservative groups and pundits. “Many women who get pregnant are blasted out of their minds when they have sex, and they’re not going to use birth control anyway,” Bill O’Reilly argued when addressing the issue.

Meanwhile, a study of out New Zealand found that women who were provided with a birth control IUD following an abortion were less likely to have a second abortion. Many women have chosen birth control pills over IUDs because of the pricey upfront cost (generally from $500-$1000), but they are extremely effective at preventing pregnancy and can last up to 12 years.

The fight for affordable and accessible birth control is a fight that women have been engaged in for decades, dating back to the days of protests for women’s suffrage. Although strides have been made in making birth control accessible to most women, there are still unwanted pregnancies and abortions that occur as a result of not being able to access or afford proper contraception. If conservatives are concerned about women having access to free emergency contraception because, to them, it’s equivalent to using federal dollars to fund abortions, then it’s ridiculous for them to oppose a move that makes birth control, like IUDs, more accessible and affordable to women. This is clearly a move that is helping to prevent unwanted pregnancies and, as a result, abortions.

What do you think of the new guidelines? Is this a huge step forward in terms of women’s health care? Share your thoughts with us!

Be sure to check out our contraception section for more information on varieties of birth control.