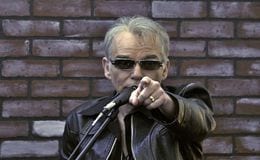 Four months ago, we reported that Billy Bob Thornton’s daughter, Amanda Brumfield, had been convicted of aggravated manslaughter of a child. Now, Brumfield has been sentenced to 20 years in prison.

The Associated Press reports that Thornton’s daughter was convicted in the death of a friend’s one-year-old daughter when the child spent the night at her house. Brumfield claimed that the child hit her head after falling while trying to climb out of a playpen. Investigators determined that the three-and-a-half inch fracture in the child’s skull would not have been caused from that short of a fall.

Brumfield is Thornton’s eldest daughter from his first marriage with Melissa Parish. It is believed that Thornton has not been in contact with his daughter in some time.

You can read our original report on Billy Bob Thornton’s daughter here.