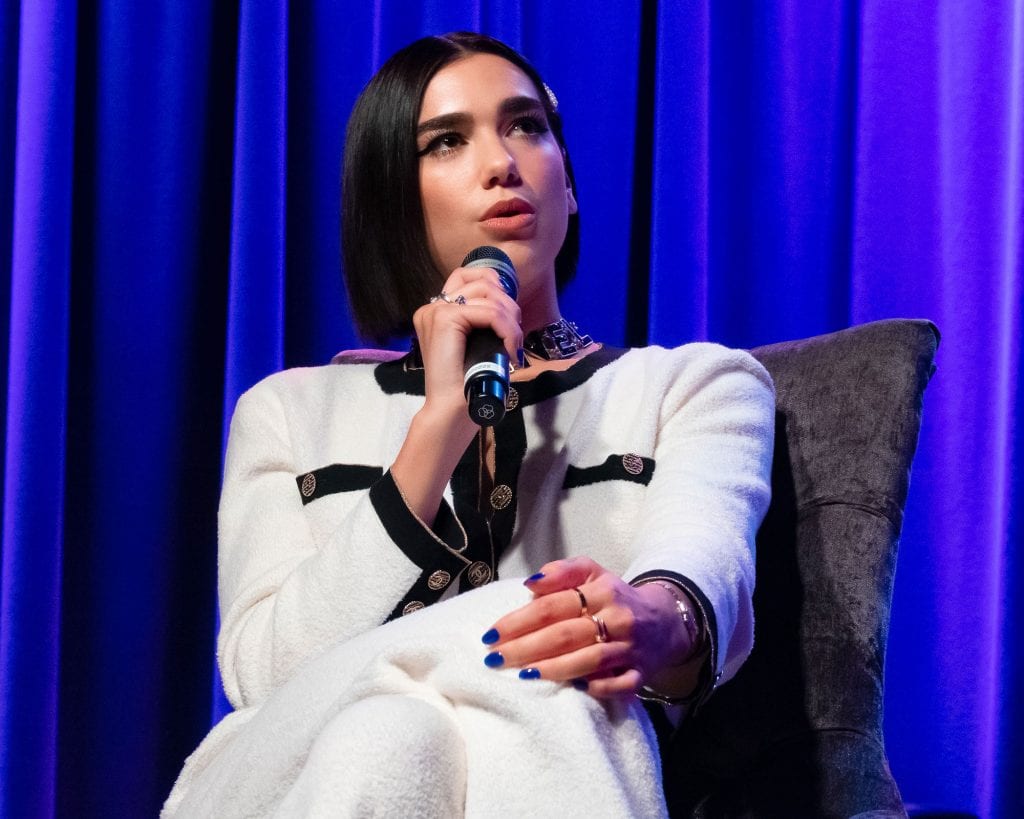 The biggest night in the music industry came and went with minimal controversy. This year’s Grammy Awards were packed with touching speeches, well-deserved wins and stellar performances. We’re talking musical legends like Diana Ross and Dolly Parton, and a surprise appearance by the former First Lady herself.

Like any awards show however, Sunday’s 61st annual ceremony didn’t go off without a hitch. In case you missed any of the four-hour long action, we’ve rounded up the highlights, the gossip and a healthy amount of social media drama.

When they cut Drake’s speech off

Perhaps in the biggest plot-twist of the night, Drake—who has notoriously boycotted previous Grammy ceremonies—actually showed up to collect his trophy for best rap song.

Celebrating the hit single God’s Plan from his 2018 album Scorpion, the rapper took the opportunity to remind his fellow artists that the Grammy’s do not a winner make.

“The point is you’ve already won if you have people who are singing your songs word for word, if you’re a hero in your hometown,” he said.

“Look, if there’s people who have regular jobs who are coming out in the rain and snow, spending money to buy tickets to your shows, you don’t need this right here. You already won. But—”

Drake was then cut off as the telecast went to a commercial, leaving viewers furious at the interruption.

The whole press room just collectively "ooooooo'd" when Drake got cut off from finishing his #GRAMMYs speech. (Conveniently after he said, "You don't need this right here…" talking about seeing a Grammy award as success.)

Cardi B won the best rap album award for her debut Invasion of Privacy, beating out Nipsey Hussle, Pusha T, Travis Scott, and the late Mac Miller, and becoming the first solo woman to take home the trophy.

The rapper gave an emotional speech that touched on her pregnancy and daughter, who was born in July.

“I want to thank my daughter,” she said. “I’m not just saying thank you because she’s my daughter. It’s because, you know, when I found out I was pregnant, my album was not complete, like three songs that I was for sure having. And then you know, you know how it was, we was like, we have to get this album done so I could still do videos while I’m still not showing. And it was very long nights.”

Ariana Grande tweeted and then deleted a series of insults as Cardi B took the stage, beating Grande’s late ex-boyfriend Mac Miller to the trophy. The singer called Miller’s snub “trash” and “literal bullshit,” before writing “sry” and deleting the posts.

Grande clarified afterwards that her tweets had “nothing to do w [Cardi]. Good for her. I promise. I’m sorry,” and called someone out for calling Cardi “trash”: “she’s not at all and that’s not what I meant and u know that,” she wrote in another, now-deleted tweet.

In a video recorded backstage at the ceremony and posted to Instagram, Cardi B dedicated her win to Miller, promising that she was “sharing this Grammy” with the late rapper.

The night also saw Grande win her first Grammy award for best pop vocal album with her record Sweetener. After a public spat with the show’s producer however, the star took to Instagram to confirm that she would not be attending the ceremony.

“I know I’m not there tonight (trust, I tried and still truly wished it had worked out tbh) and I know I said I try not to put too much weight into these things…this is wild and beautiful. Thank you so much. I love u,” she wrote on Sunday.

Last week, the singer accused the organizer of the Grammys of lying about her reasons for withdrawing from a performance at the ceremony.

i offered 3 different songs. it’s about collaboration. it’s about feeling supported. it’s about art and honesty. not politics. not doing favors or playing games. it’s just a game y’all.. and i’m sorry but that’s not what music is to me.

Grande still managed to steal the spotlight during the show however, dropping a series of photos that revealed her wearing her custom Zac Posen gown, which had been made for the event, around her house.

when @zacposen makes u a custom gown it doesn’t matter if you’re singing or not ? …. thank u ?

This year, 15-time Grammy winner Alicia Keys led the show, stepping up as the first female host since Queen Latifah took on the role in 2005. Keeping the focus of the show on her love for music, she also enforced its female inclusivity. Last year’s ceremony was criticized for side-lining women, something that Keys was keen to address.

The star’s “sisters,” Lady Gaga, Jada Pinket-Smith and Jennifer Lopez, were invited onto the stage to each tell a personal story of how music changed their life and were joined by a certain former First Lady.

In a surprise appearance, Michelle Obama was forced to restart her speech, after her initial attempts were drowned out by applause.

“From the Motown records I wore out on the South Side, to the Who Run The World songs that fueled me through the last decade, music helps me tell my story,” she said.

“Music helps us share ourselves, our dignities and our sorrows. Music shows us all of it matters, every story with every voice, every note in every song.”

Captioning a photo of the group that she posted to Twitter, the former First Lady said she showed up for her close friend Alicia Keys—“one of the most genuine and thoughtful people [she knows].”

A big part of friendship is showing up for your girls—that’s why I was thrilled to be there for the one and only @aliciakeys at the #GRAMMYs. She is one of the most genuine and thoughtful people I know—there’s no one better to help us all celebrate the unifying power of music! pic.twitter.com/8cMhTmsClA

In answer to the question: “Was Jennifer Lopez the right person to choose to do a Motown tribute?” We think not.

Childish Gambino took three of the night’s biggest awards—record of the year, song of the year and video of the year—for his track This Is America. The song became the first hip-hop track to win song of the year, with Alicia Keys and John Mayer accepting the award when the rapper and actor didn’t turn up to the ceremony.

Lady Gaga also won big, accepting two awards for the soundtrack for the movie A Star Is Born. Gaga used her speech to discuss the importance of opening up about mental health, revealing that she was “so proud to be a part of a movie that addresses mental health issues” and adding: “We gotta take care of each other. So if you see somebody that’s hurting, don’t look away.”

While her co-star Bradley Cooper represented the film at the BAFTAs, Gaga bagged a further trophy for best vocal performance for Joanne.

Kacey Musgraves triumphed by winning album of the year and Dua Lipa was the only British artist to take home a trophy in a major category. Accepting her two trophies, Lipa made a small dig at the Recording Academy, thanking “all the incredible female artists” and saying “I guess we’ve really stepped up.”

You can find a complete list of winners here.