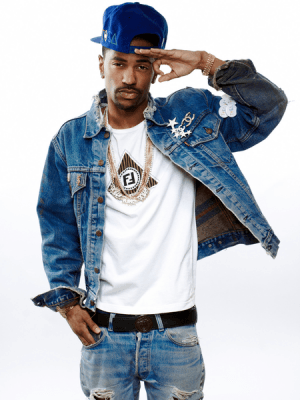 Big Sean is likely to see some competition in the hip-hop mixtape game this week when the Detroit rapper releases “Detroit,” which comes only a couple days after Lil Wayne’s long-awaited “Dedication 4.” Though both tapes are free and can be found online on sites like DatPiff.com and LiveMixtapes.com, hip-hop lovers everywhere are geeked-up nonetheless.

Big Sean’s “Detroit” is set to drop this Wednesday night at 8 p.m., the Michigan rapper’s latest effort to fall in between his freshman album Finally Famous (2011) and his untitled sophomore album slated to release late 2012.

Signed to Kanye West’s G.O.O.D Music label, Big Sean has no doubt been held in some good company. Kanye’s website hyped up the 24-year old rapper’s upcoming mixtape with a cover photo of the song “Clique,” which features the words of the track in dirty red lettering over a black background.

“Clique,” looks to be the most anticipated song on Big Sean’s forthcoming tape mostly because of who’s on the track: none other than hip-hop heavyweights and industry compadres Kanye West and Jay-Z.

Big Sean created even more buzz with the release of a two minute video promo entitled “RWT.” The video—in the expressive, no holds barred hip-hop tradition—features everything from profane lyrics to making it rain what we can only assume are bills greater than Washingtons from the back of a moving jeep.

But “Detroit” aspires to be more than just the flashy side of hip-hop. According to Big Sean, the mixtape encompasses all it means to “come up” in Detroit. The rapper admits there is a central theme to the tape saying, “It’s the dream aspect of it all, the grind aspect of it all, the fun aspect, the player aspect, rocking furs. It’s a lot of soul on there.”

In the bragging rights for best free mixtape, Big Sean better hope there is a lot of soul on there, as Lil Wayne’s “Dedication 4” represents something like Christmas for online hip-hop enthusiasts.

Where Big Sean aims to get in tune with his hometown, “Dedication 4” resembles something Lil Wayne threw together with some of his rapper friends. Lil Wayne, who is nearing his 30s, admits that he hasn’t really been into the rapping game lately, taking time off of his verbal freelancing to concentrate more on skateboarding.

Perhaps those cheetah pants Weezy wore to the 2011 MTV VMAs cut off blood circulation to his head, but the Grammy Award-winning rapper seems like he’s slowly losing his mojo.

In a recent interview Lil Wayne told DJ Drama, “It does get pretty boring when it comes to just the rapping and all that type of stuff. I’ve done so much of it. I’ve been doing it since I was eight and I’m about to be thirty in September and I’m still rapping. I kind of feel like I’m getting old.”

Lil Wayne may have been rapping for the last 21-odd years, but I doubt we have heard the last of Weezy F. Baby.