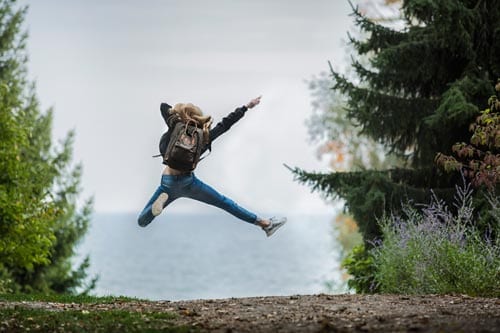 The last few decades have seen a huge shift in the position that women hold within society. While general perceptions have gradually moved away from the idea that females shouldn’t have equal rights, discrimination still lingers. Across the world, various organizations have focused their efforts on subverting gender bias—we share with you some of the best campaigns championing women.

One of the most prominent debates within Western society revolves around the workplace; women are receiving unequal pay and less encouragement to fulfil certain roles. According to the National Women’s Law Center, the average woman will earn $430,480 less than the average man over a 40-year work period. Likewise, there is a growing upset that women’s perspectives are being misrepresented within the media: through sexualization or by simply being ignored completely. Other areas across the globe face even more sinister penalties for women and young girls. A number of provinces in Africa still implement Female Genital Mutilation (FGM), also known as female circumcision. Often, young girls are forced against their will to have the procedure as a form of social acceptance and to improve their marriage credentials. Similar practices across the globe like honor killings and restrictions to education prove that female suffering and prejudice still exist and need to be confronted.

June 14 marks the anniversary of the death of Emmeline Pankhurst, the infamous political activist and leader of the British Suffragette movement. Pankhurst’s struggle for the female vote solidified her position as a beacon of strength for women everywhere. In light of this, it seems only fitting that we delve into our investigation—looking at prominent projects that are championing women and that seek to destabilize gender imbalance.

The consumer goods corporation, Procter & Gamble (P&G), ran a campaign to promote less gender stereotyping. Their #WeSeeEqual movement was released earlier this year and involved a film depicting men, women, boys and girls of all ages, in situations that would usually be construed as gender-specific. Instead, they flip the ideology that certain hobbies, careers and sports should be assigned the label of “male” or “female”. In the film, young girls are depicted showing off their martial arts skills and participating in science experiments—championing women in any role. The footage is accompanied with various taglines including, “Science doesn’t care who studies it,” “Households don’t care who heads them” and “Equal pay doesn’t care who demands it.”

The chief brand officer for P&G, Marc Pritchard, commented, “We realized that because we are a leading company of brands, we can use our voice to express our point of view about gender equality.” Tackling gender bias and stereotyping is “something P&G has been doing in a very genuine way for years, but this is wrapping it up into the corporate value system that I think will also inspire other brands in the house,” added Jim Winters, president of advertising agency Badger & Winters, who worked closely with P&G to create the campaign.

In concurrence with P&G’s campaign championing women, recent reports showed that Getty Images is to organise its first female sports photographer summer internship to promote diversity within the sports photography industry—a paid position in their London offices. The internship starts July 2017 and holds the objective of diversifying an industry that has arguably always been dominated by males. The successful female candidate will appear at high-profile events, giving them an exclusive window into the world of sports photography and the opportunity to learn from top talents within the industry. Ken Mainardis, vice president of sports imagery at Getty, remarked, “It is our hope that by actively supporting emerging female talent in the sports photography business we will contribute to a richer and more diverse representation of sports in general, which includes the more realistic representation of sporting women and female-led sports in imagery.”

Another one of the best campaigns championing women in today’s society is the 7 Sisters Project. Founded by mother and daughter duo Marilyn and Marisa Fezza, the scheme aims to encourage young girls to promote social change. In our exclusive interview with Marilyn and Marisa, they shared their perspectives on gender bias and the benefits of championing women’s views. The co-founders highlighted various issues facing women today, ranging from body shaming to restricted reproductive rights. Their forums are specifically dedicated to connecting college-age girls, providing them with a safe platform to discuss important topical issues. Also, their live summits unite college students in a communal venue, providing a platform from which female voices can be heard. “We put the girls sitting in the audience right up on center stage and hand them the mic. Their voices matter,” says Marisa. These discussion panels are then shared through social channels online in the hope that they will reach far and wide, spreading messages of unity and tolerance.

On the 7 Sisters Project, Marilyn expressed that their mission was to create “a positive, aspirational community that speaks to girls of all cultures, beliefs and appearances. Our community redefines beauty and strength, making it cool for women to be powerful and self-aware.” In our discussion, both mother and daughter made it clear that they feel women are socially overlooked and disillusioned. “In the media especially, women are often portrayed as less intelligent and are highly sexualized,” Marisa said. “Many women feel ‘less than’ and rightly so. They earn less, they are treated as property in many countries and they are often the victims of all types of violence. We need to get more women in positions of leadership,” Marilyn added. Aside from conducting 7 Sisters Clubs at schools, the two role models intend to branch out to bigger cities with wider audiences, whilst still focusing on small communities.

Other charitable projects have focused their attention on under-developed countries. Michael Daube, the founder of CITTA—a non-profit charity aiming to hoist the education and economy in struggling countries—has recently aimed his campaign at helping women. His recent work in Jaisalmer in India has seen him working closely with the royal family there, to boost the skill set of the women living in the region. The emphasis of the project is to allow women in the state to receive a better education, in both academic and practical skills like weaving and embroidery. This, in turn, will give them the freedom of independence. In a response to questions over Twitter, Michael Daube commented on the sobering thought that “Women seem to always be on the lower end of the totem pole in most societies. Just look at the wage inequalities of women in Hollywood doing the same work; can you imagine Afghanistan?”

What do you think about our top picks for the best campaigns championing women? Are there any schemes within your community that provide women with a voice? Leave us your comments below.

You might also enjoy: CN Talks with Lungiswa Moore about #MyGirlSquad