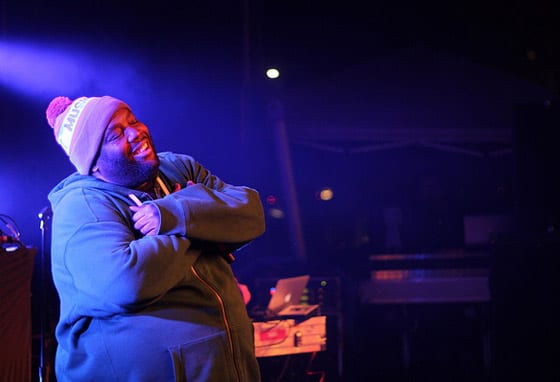 The democratic candidate gets candid with the Run the Jewels rapper

Bernie Sanders, the presidential candidate who has so recently captured many young Americans’ attention and held it, was freshly interviewed by Run the Jewel’s front man Killer Mike. Bernie Sanders has been the force behind an exciting maelstrom in American politics as thousands of people normally stagnant in political involvement have rushed to the forefront of the election efforts. Killer Mike’s interview not only highlights Sanders’ willingness to engage with a typically-reluctant public but also his mesmerizing ability to do so.

You will also like: The first South Carolina Democratic presidential forum

Killer Mike is no mere rapper. He is a leading force behind Run the Jewels, an American hip hop supergroup which was formed by the Atlanta-based rapper in 2013. Their debut studio album was released as a free download the same year that they were formed, and their 2014 album has been praised by critics and audiences alike. In June of this year Killer Mike suggested himself that he might be looking at a future in politics, and it’s no surprise to see him venturing into the realm of the election this winter season.

While Killer Mike might be talking about running for office, Bernie Sanders is actively doing it. Sanders is a Democratic presidential candidate for the 2016 election actively speaking out about what are considered by some to be radical changes he intends to make in America. The following are some of his goals loosely stated:

Needless to say, he’s accrued a significant gathering of people behind him and against him with these sorts of campaigning ideas.

You should also read: Artist Profile: Run the Jewels

Killer Mike recently gave Bernie Sanders his full public support and solidified that by recently interviewing him in his own barber shop. The interview is an hour-long and, to the relief of audiences, has been released in six segments with titles for easier accessibility. These sections have been labelled: “Economic Freedom,” “Social Justice,” “Rigged Economy,” “Free Health Care: It Ain’t A Big Deal,” “This Country Was Started As An Act of Political Protest,” and “Democrats Will Win When People Vote.”

You almost don’t need to watch the video to understand the gist of each matter. However, the 2016 campaign marks a decided turn in American politics. Bernie Sanders represents a serious challenge to the status quo, and it’s important that, Bernie-enthusiast or not, you tune into what’s happening and why. Watch as Bernie Sanders gets interviewed by Killer Mike HERE.