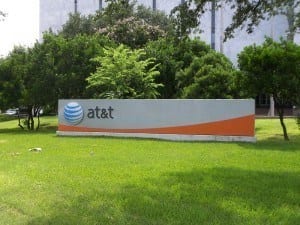 AT&T announced Monday that it will start offering the Nokia Lumina 900 on April 8 for $100 and a two-year contract.

AT&T said that the Nokia Lumina 900 will run Microsoft Windows software, as opposed to the company’s previous Symbian software. The move on Nokia’s part is in hopes of breaking into the U.S. market, where they have previously limped along in sales.

The Washington Post reports that the Lumina 900 will sport a 4.3-inch display, have LTE 4G speeds and a 1.6 gigahertz processor. Its battery is one of the most impressive aspects of the phone, at a whopping 1830mah; the phone should easily be able to trudge through a full day of heavy data usage.

Dallas-based AT&T also announced that it would offer the Titan II, which would also run Windows software; though this phone will cost $200.

The partnership between Microsoft and Nokia is also Micrsoft’s stab at becoming a real competitor for Google and Apple in the smartphone game.