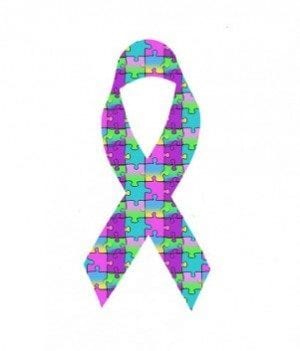 Advocacy groups around the U.S. are excited to spread awareness for autism

Autism has been a hot topic this past decade, thanks to celebrities like Jenny McCarthy and autism groups calling attention to the disorder that affects about 1 in 88 American children. Autism advocacy groups will be working hard this month as April is Autism Awareness month. One way to spread awareness is to change out regular porch lights with blue-colored bulbs.

Autism has risen a staggering 1000% in the past 40, according to the U.S. Center for Disease Control (CDC). The question of why is a much debated topic; some believe the increase is due to changes in the definition of autism and the answer is simply that more children fall into the spectrum, while others believe that autism is an ‘epidemic’ and research must be done to find out why more kids than ever are being diagnosed with it. The Huffington Post reported, “Experts, including CDC researchers, think broader screening and better diagnosis have largely contributed to that. But autism’s cause remains a mystery, and government researchers are seeking answers.” According to PsychCentral.com, “Autism is a developmental problem and is a disorder found within the broader category of autism spectrum disorders (ASD) that appear in early childhood—usually before age 3. Though symptoms and severity vary, all autism disorders affect a child’s ability to communicate and interact with others.” The most commonly known, milder form of autism is known as Aspergers syndrome. No matter what side you stand on, however, there have been multiple studies that show early detection and therapy will increase an autistic child’s chances of developing at a more normal pace and therefore averting future problems. Michigan just signed a bill that will require insurance companies to start covering therapy for autistic children beginning October 1; a big win in the battle against autism.

Unfortunately, one of the issues that children of autism must deal with is bullying. CBS reported, “According to the Kennedy Krieger Institute, children with Asperger’s may be more prone to bullying because they’re often placed in typical classrooms in regular schools. The Institute also said certain behavioral traits including clumsiness, poor hygiene, rigid rule-keeping, talking obsessively about a favorite topic, frequent meltdowns and inflexibility may make children with an autism spectrum disorder more prone to bullying.”

Autism is still widely misunderstood, which is a big reason why a whole month has been dedicated to the disorder. A mother of an autistic girl told the Huffington Post, “I think many people hear ‘autism’ and think Rain Man,” said Melissa Miller. “The autism spectrum is so vast, and all of our children are different. Many of them don’t rock back and forth or have savant skills. They are sweet, affectionate, intelligent, goofy—and exhausting—kids.”

[easy-social-share buttons="facebook,twitter,google,linkedin,stumbleupon,pinterest" counters=0 hide_names="force" fixedwidth="yes" fixedwidth_px="111"]
Previous ArticleBohemian Rhapsody sung in its entirety by drunken man in the back of a police carNext ArticleAll the waste the Duggars make in a year could fit into a single trashcan