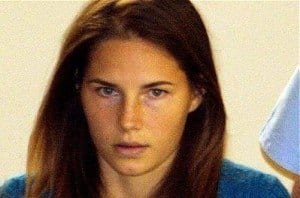 Amanda Knox’s appeals court has released a statement revealing why Knox was acquitted.

AP reports that the court released a 143-page statement detailing its ruling. At the heart of the matter, the court believes that the evidence did not hold up.

Among the evidence and allegations criticized, the appeals court states that the lower court that had originally convicted Knox did not even prove that Knox and her then-boyfriend Raffaele Sollecito were in the house when Meredith Kercher was murdered. The appeals court went on to criticize the “building blocks” of the conviction and the failure to identify a motive.

Knox and Sollecito’s guilty verdict “was not corroborated by any objective element of evidence and in itself was not, in fact, probable: the sudden choice of two young people, good and open to other people, to do evil for evil’s sake, just like that, without another reason,” wrote presiding Judge Claudio Pratillo Hellmann.

Knox’s family released a statement saying that the court’s findings “reiterate and reaffirm what we have known all along, that Amanda had absolutely nothing to do with the tragic and terrible murder of Meredith Kercher.”

You can read more about Amanda Knox here. Read our coverage of the Amanda Knox appeals trial here, and read about the aftermath of the verdict here.