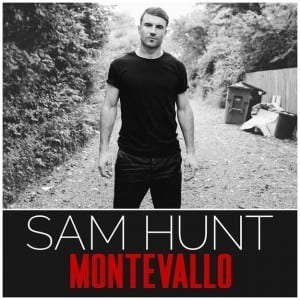 Country newcomer Sam Hunt is notorious for stretching the term “country” with his carefully constructed fusions of cross-genre hits.

His debut album, Montevallo stretches the definition a little further with its R&B and pop formations heard on tracks like “Single in the Summer” and “Take Your Time.”

The album kicks off with “Take Your Time” and leads into his hit single “Leave the Night On” which immediately introduces his daring style.

Sirius XM radio smash “Raised On It” is a highlight on the album that comes together neatly despite his risky fusions.

Although his appreciation for hip-hop and R&B are evident in his own work, Hunt makes it a point to tell Rolling Stone Country that he is in fact— country.

“I do think I’m country, but your definition of that word might be different from my definition. In my opinion, country music, the sound of country, has always evolved. But the one thing that has not changed is the story element. And I think country songs are truthful songs about life written by country people,” Hunt told Rolling Stone Country.

“Ex to See” is perhaps the most creative track on the album with heart-tugging lyrics. The song is a creative track about being used to impress another guy in which Hunt sings, “I ain’t no fool, you rascal you / You don’t want me, you just want your ex to see, ex to see.”

“House Party” is the most organic track on the album with deeper country sounds despite the added effects that heighten the mood.

All-in-all, Montevallo is a compilation of country smash hits and Top 40 chart-toppers that has and will continue to put Hunt into the on-going controversy of country vs. bro-country.

Decide for yourself by downloading the album here.