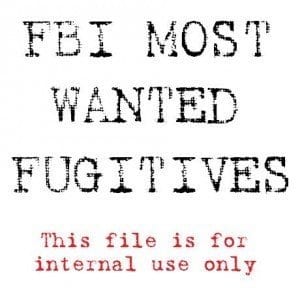 Two week manhunt for FBI Most Wanted list man is over

Adam Mayes, the man who kidnapped two girls who he had been obsessed with, killed himself on Thursday with a gunshot to the head just as enforcement was closing in on his hiding spot.

Adam Mayes, who had been put on the FBI’s Most Wanted list on Wednesday, kidnapped Alexandria Bain, 12, and her sister, Kyliyah Bain, 8, almost two weeks ago after he killed their mother and eldest sister. The sisters have been released from a Memphis Hospital after suffering from mild dehydration and poison ivy, but they are considered safe and healthy.

Adam Mayes kidnapped the girls because he believed he was their real father. Adam Mayes had been a close family friend to the Bain family, whom lived in rural western Tennessee in Hardeman County. According to the mother-in-law of Adam Mayes, he was a “control freak” who blamed his paternity as reasons for problems in his marriage to Teresa Mayes. Teresa’s mother told NBC’s “Today,” “I’m scared about what will happen to my daughter, that she will take the brunt of the punishment. If she participated in any way, it was because she was too scared to stand up to Adam or she was brainwashed.”

Teresa faces murder and kidnapping charges because she helped transport the bodies of the girls, their mother and their sister to Mary Mayes’ house, the mother of Adam Mayes.

According to reports, Adam Mayes got into a fight with Jo Ann Bain about the girls, which lead to the murder. It is unknown why he also killed Bain’s eldest daughter. Adam Mayes and ex-wife Teresa then took the bodies and buried them in a shallow grave behind his mother’s home.

Adam Mayes then took the girls to a “densely wooded and shrub-laden sea of verdant green Mississippi backwoods,” reported the L.A. Times. The area where he kept hidden with the girls was behind the Zion Hill Baptist Church in a wooden structure.

A tip was given, said FBI spokesman Joe Siskovic, which led officials to contact a special unit the Mississippi Wildlife, Fisheries & Parks that specialized in rescues in difficult terrain. “We reached out to them and brought in their skills,” said Siskovic. “It is a heavily wooded area like most of the area out that way; thick with brush and timer in uneven terrain. It is not great conditions.”

Just after 7 p.m. on Thursday, officers spotted the oldest girl, Alexandria and then spotted Adam Mayes. After telling Adam Mayes to show his hands, Mayes took a semiautomatic pistol from his waistband and shot himself in the head.

The girls were then rescued, given water and brought to the hospital. They have been released to their family.

Even though Adam Mayes is dead, officers are still looking into the case, especially at Teresa Mayes and Mary Mayes. It is unclear who will receive the $171,000 reward that was offered for the capture of Adam Mayes.