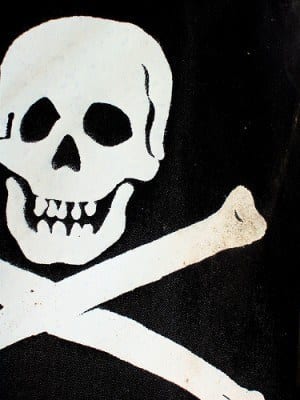 Bizarre holiday into its 10th anniversary

International Talk Like a Pirate Day. It sounds like something made up in a smoky basement by two college students drunk off cheese dust, but in all reality, September 19th has become renown as a day where it is socially acceptable (I wouldn’t dare say normal) to speak like a swashbuckler.

What began as an inside joke between a pair of Oregonian friends, the concept of talking like a pirate gained notoriety after the friends, “Ol’ Chumbucket” John Baur and “Cap’n Slappy” Mark Summers contacted Dave Barry, a humor columnist from the Miami Herald. In 2002, Barry, known for his comical take on life’s idiosyncrasies, took hold of the helm and steered Talk Like a Pirate Day into international waters.

Baur and Summers started the holiday as a way to glamorize the golden age of seafaring buccaneers back in 1995, not knowing their casual witticisms would trigger a worldwide phenomenon.

So when you’re out there going about your day, try to pepper a little pirate-speak into your vocabulary. That being said, the eyepatch and fake parrot might be a little much. People are staring to stare as it is.