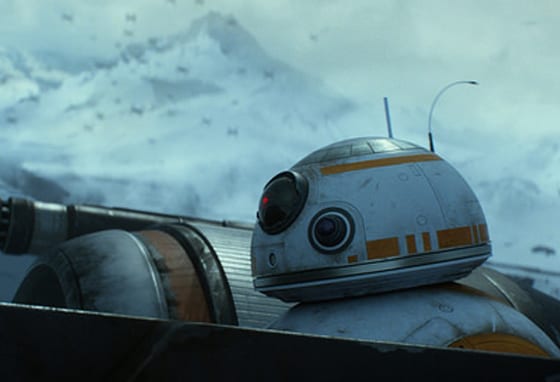 This is a spoiler-free look at the newest Star Wars: The Force Awakens. Innumerable masses of people swarmed to their nearest movie theaters last night to experience the awesome release of the newest story in the epic Star Wars saga: The Force Awakens. It’s hard to convey the excitement that this movie has been the source of across the country, but if you’re a Star Wars fan at all, you’ll understand. For those of you who did not rush to a theater for the midnight showing and are biding your time instead, it’s worth taking a look at the movie itself and evaluating its merits. For those of you who did, this’ll be a moment of reflection on the movie which so recently smashed records with its $57 million opening night.

Star Wars: The Force Awakens takes place 30 years after the Return of the Jedi. The plot opens with Luke Skywalker, the last Jedi, having disappeared (as promised, that’s all we’ll offer of the plot and of potential spoilers). The star-studded cast brilliantly fuses the new with the old, meshing original actors such as Mark Hamill, Harrison Ford, and Carrie Fisher with fresh faces such as Daisy Ridley, Adam Driver, and John Boyega. Needless to say, relatively unknown talents such as Daisy Ridley have been catapulted into stardom due to The Force Awakens’ success.

Being the first movie in the Star Wars epic under the tight reins of The Walt Disney Company rather than Lucasfilm, there was some initial concern from viewers about the direction that Disney would take. The ultimate result? A definitely-Disneyesque version of Star Wars that by no means offends the original aim. The villainy offered by the movie’s primary antagonist does, to a certain extent, feel watered down. The movie overall leans a little more child-friendly than the others, which may turn some diehard Star Wars fans off. That being said, The Force Awakens was blessed with the Disney budget this go around. This means that the movie itself was tightly and beautifully made, with spot-on actor selections and unbelievable sets. Thanks, Disney.

Keeping Up With the Joneses

Following in a wake of Marvel movies that featured slap-bang action-packed scenes full of wild stunts and mind-melting explosions, The Force Awakens had a lot to compete with. And compete it did. Instead of turning from the current trend of shoving action sequences down viewers’ throats, this Star Wars flick does exactly the opposite. The epic scale that it takes in its plot and the extremely quick speed of its scenes makes the movie a bit hard to track with time-wise. The story moves at a lightning hustle, sometimes to the detriment of character development and a unique plotline, and sometimes in preference to aforementioned mind-melting explosions.

We can complain all we want about a plot that doesn’t have enough development, but there’s no denying the charm that the movie carries and its careful implementation of original Star Wars humor and references. The movie takes you to the world of Star Wars that you remember, giving all of the right nods at the right times to original Star Wars scenes and jokes. The score itself even pays its respects, as John Williams once again crafts magnificent scores to make the movie soar and plummet as the plot dictates.

Overall?
Star Wars: The Force Awakens is undoubtedly a true Star Wars-ian movie. It offers all the right laughs and tears, all the right fights and flights, all the right scenes and sequences. There can be no complaint about Disney’s masterful meshing of new content with old cinematography. The Force Awakens lays all the appropriate groundwork for the next two movies (expected to be released in 2017 and 2019 respectively) and provides everything Star Wars aficionados have come to expect from the series. Does it blow you away? Maybe not. Does it satisfy your thirst for more of the original movie franchise that rocked audiences back in the 80’s? Yes. It’s a triumphant piece, if not a masterpiece. Go enjoy it, Star Wars fans. You deserve it.