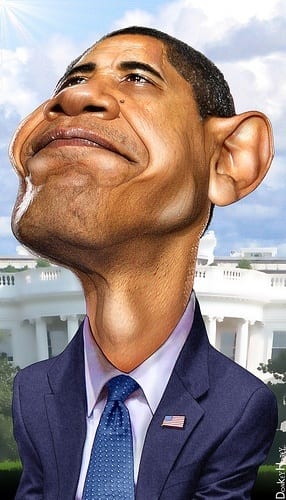 Written and directed by Dinesh D’Souza, an Indian American conservative political commentator and author, “2016: Obama’s America” the documentary in a prophetic vision foretells where America will be as a nation through depiction of Obama’s early life, to gain an understanding of the future through an understanding of the President’s past.

The main focus of “2016: Obama’s America” is to examine Barack Obama’s past to gain a clearer picture of what drove Obama to make unconventional decisions during his early presidency, decisions that cannot be explained through conventional differences between Democrats and Republicans.

For example, why did President Obama return the Oval Office’s bust of Winston Churchill back to the British? Why did Obama shut down the Keystone pipeline project and send American funds to pay for drilling in Brazil? Why did Obama side with Argentina rather than America’s British allies in the Falklands War of the 1980s?

Questions such as these are further explored through interviews conducted by D’Souza with people from Obama’s early life like his half-brother George Obama in Kenya and Philip Ochieng, an associate of Obama’s father.

Through these interviews, President Obama’s idealism can be argued as anti-colonialist, an idealism that is anti-capitalist and anti-Western. Granted “2016: Obama’s America” can be viewed as one person’s own personal viewpoints, the film coming from a conservative political commentator in D’Souza, but the documentary depicts in a harrowing vision of what will come of Obama’s re-election, that is if Barack does stick around for four more years.

Like many things political, there are two sides to the coin. To develop your own stance, you will just have to see the film.