Nas will perform Illmatic in its entirety

Dave Chappelle announced on The David Letterman Show that he is collaborating with Nas for a special one-night show at the Radio City Music Hall in New York. That show will feature Nas performing his classic album Illmatic, which turned twenty years old this year, with a forty-five piece orchestra.

During the interview on Letterman, Chappelle spoke about his collaboration with Nas.

“I’m a big fan of the hip hop music. It’s the twentieth anniversary of arguably one of the best hip-hop albums ever made. That album is Illmatic. [The] artist is Nas.”

This show is one of the many ways that Nas and others are celebrating the twentieth anniversary of the album. Nas released Illmatic XX, a remastered version of the album with alternate mixes and demo tracks, and a full length documentary Time is Illmatic that will be released in theaters everywhere by October. 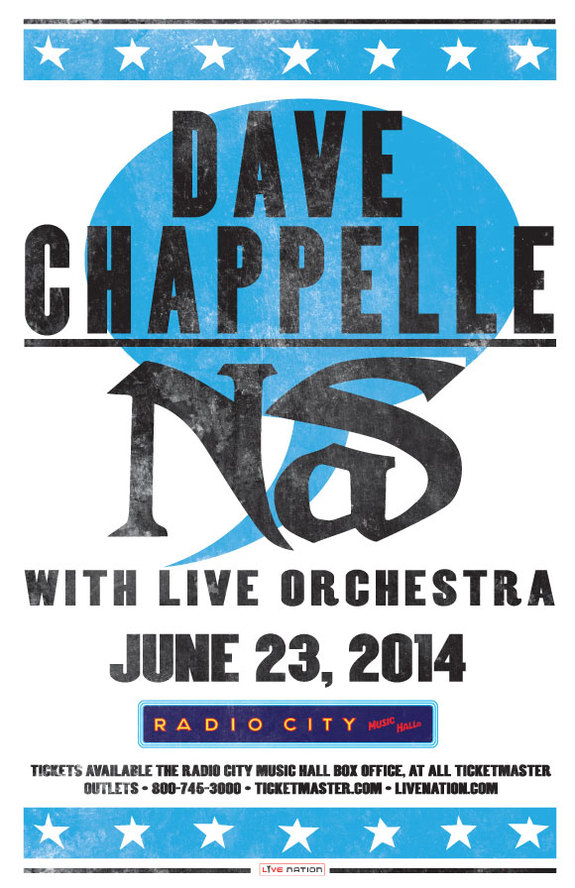 Chappelle and Nas will perform together on the night of the 23rd, while Chappelle’s full slate of shows runs from June 18th through June 23rd.

Chappelle’s series of shows at Radio City Music Hall are his first in New York in over ten years. Many can remember his sketch comedy show, The Chappelle’s Show, on Comedy Central, which has not been on the air for over seven years. Chappelle abruptly left the show before the third season and never returned.

Tickets can be bought at www.ticketmaster.com and run from $80-$100.