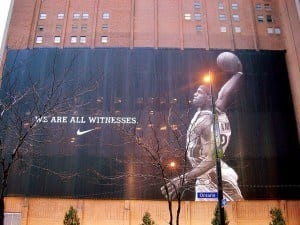 For the past couple of weeks, the NBA has been amuck with rumors of where LeBron James is going to play next year. Fresh off a finals loss, his team, the Miami Heat, was faced with criticism. The San Antonio Spurs trounced the two time defending champion Heat and did it with a medley of role players and team basketball. After that finals series, many were wondering if it takes more than just teaming up with superstars to win a championship.

In the aftermath of the finals, LeBron and the other members of the Miami “Big Three,” Chris Bosh and Dwyane Wade, were faced with hard decisions. All of them were due big contracts, but had no room to sign other contributing role players. All three of them opted out of their contracts to try and reconstruct their deals. This is where things get interesting.

Reports and “insiders” on twitter began speculating if LeBron might be considering a move back to Cleveland. It instantly became a sexy story for sports reporters. Throughout this whole process, LeBron himself had kept absolutely quiet; not denying rumors but not confirming them either.

Coming into this week, many of the sports insiders and reporters on twitter were coming out with information on when, where and how we might hear about LeBron’s decision. One after another, reports came in and even though there was a plethora of information about supposed meetings and negotiations, it became clear that nobody knew anything.

One clear example of this was when a report came out saying that Dan Gilbert, the owner of the Cleveland Cavaliers, was on his way to Miami. The report came from an insider on twitter who had supposedly tracked the plane’s flight log. Gilbert immediately shot the report down saying he was in his backyard, “enjoying the Cleveland weather.”

The last four days have been pandemonium in terms of speculative journalism. Sports insiders on twitter were releasing the same bits of information that basically came down to “We don’t have any new information right now, but keep hitting refresh on our twitter page and maybe you’ll know soon.”

Finally today was the day that the world learned of LeBron’s decision. Almost exactly four years ago, LeBron went on national television, ran an hour special on ESPN infamously titled “The Decision” and announced he was going to Miami.

This year was different.

He broke the story through Sports Illustrated and wrote a heartfelt article explaining why he wanted to come back to Cleveland. Through all of the tireless reporting that ESPN insiders and reporters on twitter were doing, LeBron went with one of the most trusted names in the sports journalism world to break his story.

Insiders on twitter were trying to give us the play by play of what was happening with LeBron’s decision, but the fans always wanted more. Many were wondering if this NBA free agency period was glimpse into what the future of news is going to be like. Yet, in the end, LeBron’s article with SI showed that reliable journalism still trumps the lightening fast reporting on twitter and social media.

Besides the outlet LeBron chose to announce his decision, the reason for it is almost as significant. In the article, he talks about how Cleveland has always been his home and that the community and area of Northeast Ohio is important to him. He goes on to say how he wants to be a part of bringing success back to a community that only knows a lot of hardship.

For his second decision, LeBron chose reasons that transcended basketball and the politics of the NBA. Everybody was waiting to see where he was going to end up and wanted to know why he made that decision. LeBron gave us what we wanted and more than that, he did it the right way this time.