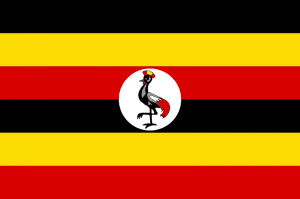 Kony 2012, the newest viral video, has been all over Facebook and Twitter but does not have a cat playing piano or a little brother biting his older brother’s finger.

With trending topics like “StopKony2012, Knoy2012 or Invisible Children,” it has a lot of people wondering just what it is and why should they care.

Kony refers to Joseph Kony, a warlord in Uganda who is also the leader of a rebel army, according to King5.com. This army has been at war with the Ugandan government for decades. The army is an extreme menace to Ugandan people for the fear of them kidnapping thousands of children and using them as soldiers or sex slaves.

The Lord’s Resistance Army or LRA identifies themselves as a Christian group as Kony believes that he is a voice for the spirits that guide him on what to do. However, most international Christian groups consider LRA a cult and have joined in forces to stop Kony and LRA from his long reign of terror.

The video that has gone viral features Invisible Children, an international campaign, to stop Kony and help victims. Invisible Children created the 30 minute film to bring awareness to this situation. Several times in the video, they mention that Kony is almost unknown around the world. The campaign says its goal “aims to make Joseph Kony famous, not to celebrate him, but to raise support for his arrest and set a precedent for international justice.”

President Obama sent under 100 troops to Uganda last fall to give support to the government and surrounding countries and to train them.

People believe that Kony’s reign has gone on this long because his doings went un-noticed in the big picture of wars and other country issues, but Invisible Children is determined to no longer make that the case.

[easy-social-share buttons="facebook,twitter,google,linkedin,stumbleupon,pinterest" counters=0 hide_names="force" fixedwidth="yes" fixedwidth_px="111"]
Previous ArticleThe Hunger Games premier is March 23Next ArticleG8 summit not to be held in Chicago after all