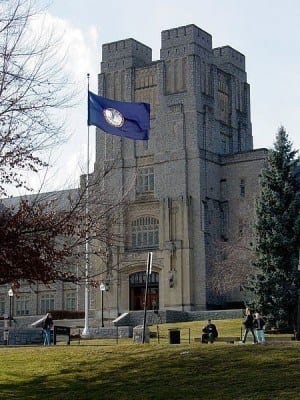 Today, a court ruled that Virginia Tech University was legally negligent for 2007 school shooting that left 33 people dead. The AP reports that the lawsuit filed against Virginia Tech claimed that the school improperly delayed sending out a warning after discovering the initial two dead bodies in a dorm.

Richmond Times-Dispatch reported that the campus police waited two and a half hours before sending a warning out to students. Even then, Virginia Tech simply stated that a “Shooting incident” had occurred.

The Virginia Tech campus shooting, committed by Seung-Hui Cgho, occurred on April 16, 2007 and is the worst mass shooting in modern U.S. history. Campus officials stated that they thought the two initial bodies found were an isolated incident

University spokesman Mark Owczarski stated in a prepared statement, “We do not believe that evidence presented at trial relative to the murders in West Ambler Johnston created an increased danger to the campus that day. […] We will discuss this matter with the attorney general, carefully review the case, and explore all of the options available. The heinous crimes committed by Seung-Hui Cho were an unprecedented act of violence that no one could have foreseen,” reports MSNbC.

The lawsuit awarded $4 million to both the families of Erin Peterson and Julia Pryde. Each family felt that if the school had sent out an alert earlier their children would still be alive. The state filed for a motion for the awarded amount to be lowered to the state cap of $100,000.

“Today we got what we wanted,” Celeste Peterson said after jurors deliberated for three and a half hours. “The truth is out there, and that’s all we ever wanted. We came here for the truth.”