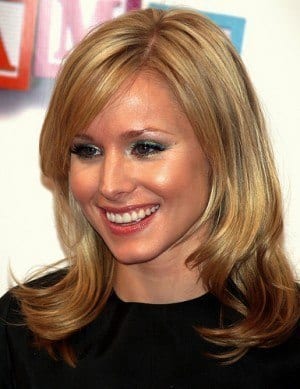 A Veronica Mars movie might actually be on its way, according to ABC News.  We all have our favorite television shows and thanks to swarms of devoted fans on Kickstarter, the Veronica Mars: The Movie may go into production in just a few months.

Veronica Mars was a CW Network television show, originally appearing on UPN, that was about high schooler Veronica Mars, who became an apprentice detective and tried to uncover secrets in her town.  The show ran from 2004 to 2007.

The show’s creator, Rob Thomas, has already fundraised $2.5 million as of last night for the creation of a movie, with 31,685 kickstarters contributing.  Within only a few hours, the campaign had already reached $1 million.  “Hallelujah! It’s a green light my friends. I love you all, but particularly the donors among you. #Veronicamars .@IMKristenBell,” Thomas tweeted.

Though the show was never a ratings smash hit, “Veronica Mars” generated a huge cult following and inspired several “save our show” fan campaigns to keep the show on the air.  The film has been planned since the show went off the air in 2007 because so many fans displayed continuing interest in the program, but Warner Brothers did not see enough interest to make the film.

Thomas is now working to allow fans outside the United States to donate to the project, hoping to increase his projects revenue, according to insidetv.com.  Though all the film’s “big ticket” rewards are gone- to have a speaking role in the film, name a character in the movie and have a screening for 50 friends- Thomas has introduced gifts for smaller contributors.

The project on Kickstarter will give a t-shirt, digital copy and series DVD to all backers who donate $35 or more.  Thomas teased fans, according to ABC News, tweeting, “Ok, here it is! Stretch goal-$3M or Logan doesn’t survive the movie!”

Production of the film could begin as soon as this summer, with a release date in early 2014.