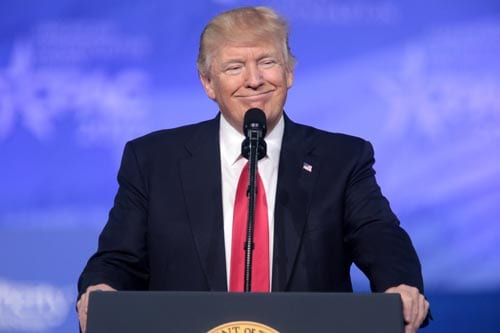 Trump strikes another blow and pulls America out of the Paris Climate Deal—in the eyes of the rest of the world, is America great no more?

Donald Trump unsurprisingly made headlines again on June 1, announcing that—as he had previously suggested—America would indeed pull out of the Paris climate deal. This has been met with much shock and disbelief from both politicians and public alike. The president who still to this day promises to ‘make America great again’ seems to be making it anything but.

What is the Paris climate deal?

The Paris climate deal was drafted between November 30 and December 12 2015 with the intention of ensuring a global reduction to climate change, featuring representatives from 195 parties from across the world. The plan is for each country to reduce carbon emissions and implement changes with the finances and resources acquired in the year 2020 in an effort to tackle the effects of climate change. With America—one of the top financial providers to the deal—pulling out of this agreement, the limitations that the deal may now face will be pulled into question.

Trump’s stance on climate change has always been somewhat murky. Over his many years publishing what can only be described as erratic posts on Twitter, Trump has disputed, questioned, re-questioned, u-turned and condemned climate change as a non-issue that’s “mythical” and irrelevant. Unfortunately for us, the man behind these irrational views now sits at one of the most powerful desks in the world.

Trump’s press team has been questioned after the president decided to pull America from the Paris climate deal. They, however, played to their standard tricks, dodging questions and giving evasive answers. Trump may need to find a better spin doctor if he’s going to keep pulling tricks like this one as his infamous political advisor, Kellyanne Conway, was only able to state “The president believes in a clean environment, clean air, clean water,” which left the subject matter at hand still very much in question.

Trump has claimed that pulling out of the Paris climate deal is in the interest of the American people; he stated he’d do “everything within my power to give America a level playing field.” Trump has insinuated that a new deal could be negotiated, but several leaders who have a more firm understanding of basic science have since have stated that this is not an option for America’s president. Trump’s attempt to what can only be described as a power play has put him in an even more difficult stance with nations around the world, especially after his embarrassing European tour. “America first” might be his position, but Trump seems to forget that America is very much part of a singular planet we all happen to sit on. Neglecting an issue that affects everyone, despite political beliefs, is one he has, and will further be judged on.

Democratic candidate for the 2016 election, Hillary Clinton, has described Trump’s decision as “a historic mistake.” It’s hard to imagine her—or any other potential president—making the same call as Trump. Trump has himself asked if a president can be impeached for gross incompetence. Judging by his track record, the answer is, regrettably, no. Resilience has been shown across America, notably in New York, the mayor––Bill DeBlasio––has given the city’s full commitment to standing by the Paris climate Deal, saying “We here in New York City are shocked at the development this week in Washington D.C., to see the president of the United States pull out of the Paris accord and literally set this nation, and the whole globe, on the path of denial.”

It’s interesting to note that pulling out of the Paris climate deal does take four years to complete and although it’s going to leave America taking a back seat in the proceedings during that time, it is still a member. Even more interestingly, that time frame leads us right up to the next presidential election. This move could prove superfluous if Trump is the next sitting president (assuming our nightmares come true and he manages to grapple the position for another four years), otherwise, another president may opt to try and negotiate their way back into the deal. There’s no doubt any other candidate must have a better political stance that president Trump—Yes, we’re including Vin Diesel.

Americans around the country showed their support by lighting buildings up in green for the Paris climate deal, and environmental issues at large on the night of the announcement. Once again proving that the questionable entrepreneur sat in the White House may have the office, but he most certainly doesn’t have the support of a significant proportion of the American people.