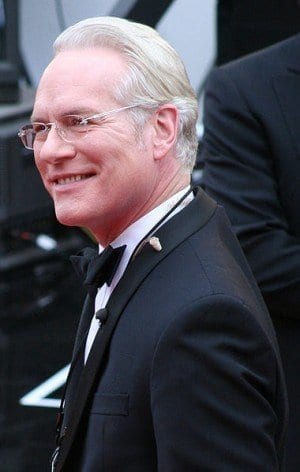 Tim Gunn, the loving but tough mentor to the “Project Runway” contestants, has opened up about his sex life.

CBS News reports that Gunn opened up about his celibacy on the ABC show “The Revolution.” Gunn, 58, was put in a tough position when the conversation turned to the topic of jumpstarting your sex life, which prompted him to make a confession.

“I’m a perfectly happy, fulfilled individual,” said Gunn, who added, “I have feelings. It’s not as though I am some barren forest.”

Gunn explained that he doesn’t have a no sex rule, but that his celibacy has been the result of his experiences in the past.

“I was in a very intense relationship for a long time and my partner ended it, saying quite frankly that he was impatient with my sexual performance … It was at the cusp of AIDS, and I think a lot of people simply retreated because they were concerned about their health. I certainly was. I’m happy to be healthy and alive, quite frankly,” Gunn said honestly.