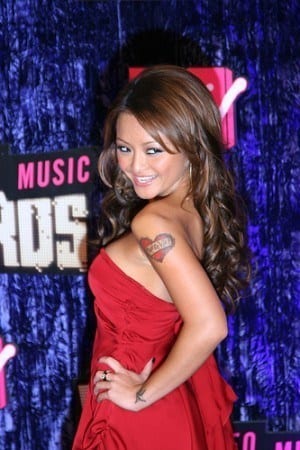 Tila Tequila has apparently appeared out of whatever poor rock she has been hiding under, to come out and say that late actor Paul Walker’s death wasn’t an accident, it was a ritualistic murder. The 32-year-old reality star proceeded to say on her offical Facebook page that Elisa Lam, the 21-year-old Canadian woman who was found dead in a closed water tank in the Cecil Hotel in Los Angeles, was also the victim of one of these ritual murders.

“I know who killed Elisa Lam,” she wrote. “The Mysterious Video of the Girl in Elevator who ended up “mysteriously dead” at the bottom of a closed off water tank. I believe I am the only person in the entire planet that knows what happened.”

She continued on in another post to say “I knew it the first time news of a strange video started circulating the internet weeks ago. I have just kept my mouth shut because there is a lot more to it and of course…cases like this…I just did not want to draw attention to myself but I know exactly why they did it and yes it was indeed a ritualistic murder. Just like Paul Walker’s.”

Although it may seem like nothing she could say could be more offensive than this, it got much worse. During her Facebook excursion, she posted a photo-shopped picture of herself in a provocative version of nazi attire, complete with a swastika arm band and a traditional SS nazi hat. She was also holding a gun while standing in front of Auschwitz.

It got even worse from there as she posted a series of pro-Hitler posts that would make even Amanda Bynes say “Ok, now that is just too crazy.”

“Once upon a time in a land far away there was a special sweet kid who had a dream to become a painter. He was a brilliant artist and was ahead of his time. He had hopes and dreams just like we all do. Unfortunately, the art schools did not feel the same way and rejected him. Fast forward a few years later and he was roughed up and bullied on top of that by the same people he once loved. His name was Hitler.”

She even began to refer to Hitler as “her”, in an effort to compare herself to Hitler. “[The Jews] mocked her, rejected her, and laughed at her through and through when all she ever did was show them love.”

Please, someone disconnect her internet and get this woman some help.