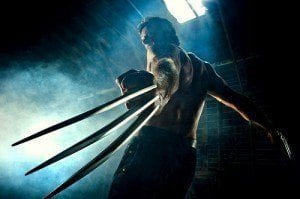 The Wolverine, directed by James Mangold, marks Hugh Jackman’s sixth appearance as the feral little brawler (counting his cameo in X-Men: First Class.) The film hits theaters today and probably has many fans (including you) asking “should I care?” The answer? Maybe?

The Wolverine wisely distances itself from 2009’s X-Men Origins: Wolverine and instead takes place sometime after the similarly awful X-Men: The Last Stand. Without heavily referencing that film (probably for the better) The Wolverine begins with a flashback to Nagasaki, where the P.O.W. Logan saves a young Japanese soldier named Yashida from the atom bomb. Flash-forward to present day, where Yashida sends a young warrior Yukio to find Logan (still mourning the loss of Jean Grey) and bring him back to Japan.

Yashida is dying and offers his old pal “The Wolverine” the chance to end his immortality. Logan’s healing factor starts to slow, and he realizes what it’s like to be normal-ish. In the process, he protects Yashida’s granddaughter Mariko from the Yakuza and definitely does not end up falling for her. Wolverine starts to unravel the mystery surrounding Mariko and her family and uses his claws a lot to do so.

Compared to the mess of X-Men Origins: Wolverine, The Wolverine is a sigh of relief; but it is still just an average film. Though it once had Darren Aronofsky’s name attached to it, the prospect of 3:10 to Yuma’s James Mangold still helped The Wolverine’s chances; but not by much.

The main problem of The Wolverine’s story is that it doesn’t have the emotional weight that it strives for. Logan is a man who has lived too long and has seen too many people that he’s cared about die (though he doesn’t necessarily remember all of that.) Yashida offers to “end Logan’s suffering,” but all that suffering seems to amount to is being a hairy drunk in the woods who hangs out with a poorly animated CGI bear and has nightmares about Jean Grey, a woman whom he didn’t actually have a romantic relationship with in the X-Men films.

The Wolverine isn’t a bore however; the visuals are entertaining at the very least. It may have been over thirteen years since he first took on the role, but Hugh Jackman has never looked better as Wolverine. The haircut, the thick mutton chops and the bulky body Jackman built are pretty spot-on; painting the best picture of the pint-sized scrapper yet. The only thing missing was a cigar, but c’est la vie.

The action is pretty engaging as well, and despite the fact that the bullet train battle that is pretty much ripped right from the first Mission Impossible movie, it’s a fun fight to watch. Probably the best visual of the film is seeing Wolverine go head-to-head with samurai and ninjas; claws versus sword. You really get a good sense of how intense Jackman is when he gets into character during these fights.

The Wolverine isn’t a great film by any means, but it is not horrible either. I’d say give it a shot if you’re a fan of the character.